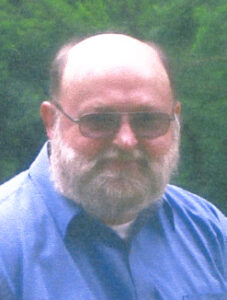 Jerry W. Taylor, 64, a lifetime Marshall County resident, passed away Friday, August 24, 2012 at 10:50 p.m. following an eight-month illness. Jerry died as he had wished in the comfort of his home located on 9A Road in Plymouth, while in the care of his family, friends and the Center for Hospice Care.
He was born the son of Harold and Edna Pearl (Marsh) Taylor in Plymouth on April 26, 1948. He attended Bourbon schools.
Nearly 41 years ago on November 13, 1971 in Plymouth, he took as his bride the former Pamela J. Stockberger. Together they established a home and raised their family of two children.
As an employee of the McCord corporation for 21 years and then Indiana Heat Transfer for the next 18 years, Jerry retired in June of this year due to his failing health.
Jerry was content just being at home and caring for his property with his John Deere tractor. He enjoyed NASCAR, fishing and time spent with family and friends.
He was a member of the Sons of the American Legion, Plymouth Post 27.
His family includes his wife Pam, their son; Chris W. Taylor of Bourbon and their daughter; Liz J. (Alvin) Miller of Plymouth and grandchildren; Austin Lee Miller, Katelyn Elizabeth Miller and Casey Michael Miller. His brother Ron D. (Barb) Taylor resides in Bremen.
His parents preceded him in death.
A time of sharing with the family will be held Wednesday evening, August 29th from 5 – 7 p.m. followed by a memorial service at 7 p.m. in the Johnson-Danielson Funeral Home, 1100 N. Michigan St. Plymouth. The Rev. Ed Friberg of the Plymouth Wesleyan Church will officiate.
The family requests that memorial gifts be given to The Center for Hospice Care, 112 S. Center St., Plymouth, IN 46563 or the Marshall County Cancer Fund, c/o 9739 Sunnyside Drive, Plymouth, IN 46563.