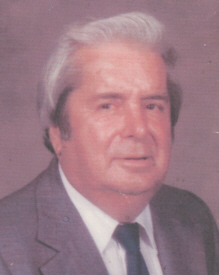 Jess Mullins, 88, formerly of North Judson, passed away at 4:19 p.m. on Tuesday, March 11, 2014 in the IU Health Starke Hospital, Knox.
Born in Salyersville, Kentucky, Jess was the son of Dewey and Famie Carpenter Mullins.
Jess married Ina D. Holland on April 11, 1988 in Plymouth. She would precede him in death on January 19, 2000.
Jess worked as a trackman for the Nickleplate Railroad and in steel fabrication doing welding work in Michigan.
He loved yard sells, there was never a single one he passed up. Jess also enjoyed country and gospel music. He liked deer hunting, loved traveling and meeting new people.
He was a member of the American Legion Post 92 in North Judson.
Jess is survived by his sister, Melovie Rudd of Knox, his brother, Seldon Rowe of Plymouth, and his lifelong friend, Carol S. Fugate of Knox. Also surviving are several nieces and nephews and friends.
He was preceded in death by his parents and siblings: Helen Bitterling, Mattie Gibson, Alberta Fletcher, Velva Louis and Max Mullins.
Visitation will be from 11 a.m. – 12 p.m. EDT on Tuesday, March 18, 2014 in the NEW OAKHILL CEMETERY CHAPEL, S. Michigan Street, Plymouth, with funeral services following at 12 p.m, officiated by Rev. Earl Smith.
Burial will be in the New Oakhill Cemetery.