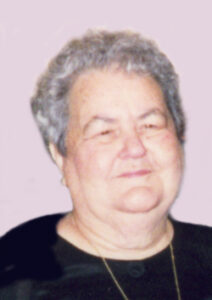 Jewell Gordon, 80, died Sunday morning on April 4, 2010 in Miller’s Merry Manor Nursing Home, Plymouth.
Jewell was born in Albertville, Alabama on May 7, 1929 the daughter of A.L. and Rena West Malone.
She graduated from Emerson High School in Gary, IN.
On December 18, 1948 Jewell took Russell Gordon as her husband in Crown Point, Indiana.
She was a homemaker and enjoyed her family. Jewell was also a member of the Calvary Evangelical Church.
Jewell is survived by her husband Russell, five children Brenda Filla, Lake Station, IN; Gloria (Jimmy) Buchmeier , Lowell, IN; Richard Gordon, Virginia; Dolores (Frank) Cutlip, De Monte, IN; and Marsha (Raymond) Humphrey, Plymouth; IN. Ten grandchildren and twelve great grandchildren survive as well along a sisters Marie Todd, and one brother James (Jean) Malone both of Alabama.
She was preceded in death by her parents, a brother A. L. (Jr) Malone and a sister Frances Bramlett.
Friends are invited to a time of sharing with the family on Tuesday April 6, 2010 from 3 to 7 p.m., in the Johnson-Danielson Funeral Home 1100 N. Michigan Street, Plymouth, IN 46563.
Funeral Services will be held on Wednesday April 7, 2010 in the funeral home at 2 p.m.
Burial will follow in the New Oakhill Cemetery, Plymouth.
Memorial contributions in Jewell’s name may be given to the Calvary Lutheran Evangelical Church 1314 N Michigan Street, Plymouth, IN 46563.