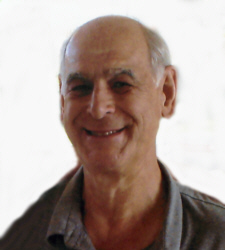 He was born Jimmie Wayne Gangloff on September 17th, 1935 in Plymouth, the son of Russel Otis and Anne Ellen (Smith) Gangloff. His passing of natural causes occurred at home in the care of his family in the afternoon hours of Saturday, November 29th.
Jim is survived by his wife; the former Ruby Marie Humphrey of Vallonia, Indiana, whom he took as his bride on July 5th, 1957. Three sons survive and their families: Timothy Russell (Julie) Gangloff of Chester, Illinois; Thomas Wayne Gangloff of Inwood; and Theodore Douglas (Tammie) Gangloff of Plymouth. Grandchildren include: Wesley M. Wallace, Clinton W. Gangloff, Katie J. Bare and Daisy M. Gangloff. One great-granddaughter Nevaeh Wallace also survives along with Jim’s two sisters: SuzAnne Lintz and Rebecca Atkins both of Plymouth.
Proceeding him in death were his parents, his step-father; Homer Riddle, and two brothers; Raymond Gangloff and E. Allen Riddle.
Raised in the Plymouth area, Jim graduated from West high School in 1953. His name was well recognized in Marshall County athletics having led the county in scoring in basketball, and he was county champ in the mile run in track. Jim was quite versatile in track and field, having won eight first place ribbons in one high school meet.
He continued in basketball as a four year starter at Indiana State University in Terre Haute, leading his team both in scoring and rebounding, finishing with career totals ranked in the school’s top ten in both categories at his graduation in 1959.
Jim majored in math, accounting and business management in college and worked in a variety of administrative roles during a 40 year career, having nearly equal time with four area companies: Ball-Band’s footwear sales division (Mishawaka Rubber Co.), McCord Corporation, Montgomery Ward (as owner/operator of Plymouth’s catalog & appliance store), finally retiring from Procter & Gamble’s Plymouth plant in 2000.
He was a life long member of Pretty Lake Trinity United Methodist Church and a member of the Plymouth Moose Lodge – Family Center #741.
A long time fan of Plymouth High School athletics, Jim was a staunch advocate of a one-class basketball system, citing Plymouth’s 1982 team as truly “state champs”. He also followed the career of Larry Bird and enjoyed watching the Celtics, Pacers and Colts.
Jim will be remembered for having a keen mind, a quick & humorous wit and an outstanding memory. He was openly very proud of their three sons and spouses, saying the boys are better than him “at everything”.
His hobbies included extensive time with Ruby gardening, sharing their fruits and vegetables with friends and relatives both as fresh and home canned wares. He was an accomplished carpenter and had mastered many building trades well enough to do most all work in constructing and maintaining their home and out buildings.
Friends are invited to share their memories of Jim from 4 – 8 p.m. on Wednesday, December 3rd in the Johnson-Danielson Funeral Home, 1100 N. Michigan St., Plymouth, where visitation will continue after 7 a.m. on Thursday until time of services at 11 a.m. The Rev. Charles Krieg will officiate.
Preferred are memorial gifts to the Center for Hospice and Palliative Care, 112 S. Center St. Plymouth, or the Pretty Lake Church.