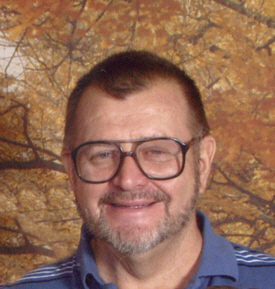 Jimmie Dale Cummins, 64, an area resident most of his life passed away at 8:01 p.m. on Sunday, July 10, 2011, at his residence.
The son of Harry B. and Sylvia Brannam Cummins, Jimmie was born on August 11, 1946 in Sullivan, Indiana.
He was a 1965 graduate of Plymouth High School. Jimmie served in the U.S. Air Force from 1965 to 1969 and was a Vietnam veteran.
On June 4, 1975, Jimmie and his best friend Lorraine Smith, whom he had met at the Big Mug Drive-In, were married in the Gospel Lighthouse Tabernacle in Plymouth. Jimmie had worked at Whitley Products in Plymouth, retiring on Jan. 4, 2009.
Jimmie’s family was very important to him, especially his son and granddaughter. A practical joker, he loved life, was an avid fisherman, enjoyed camping and riding motorcycles. He was a member of the LaPaz American Legion.
Jimmie is survived by Lorraine, his wife of 36 years; a son, Dan (Kristie) Cummins and their daughter Jennifer “Wild Thing” Cummins, all of Knox; three sisters: Clara Winters of Rochester, Wanda Heliene of Terre Haute, Linda (Glenn) Anders of Plymouth and three brothers: Jack (Gloria) Cummins of Bourbon, Ray Cummins of Mishawaka and Steve (Carol) Cummins of Etna Green.
He was preceded in death by his parents, a sister: Jean Graham; two sisters-in-law: Benji Cummins and Nikki Cummins and three brothers-in-law: Ed Winters, Bob Heliene and Paul Graham.
Friends may visit with Jimmie’s family on Wednesday, July 13, 2011 from 4 to 8 p.m. at the Johnson-Danielson Funeral Home, 1100 N. Michigan Street, Plymouth, Indiana.
Funeral services will be held at 11:00 a.m. on Thursday, July 14, 2011, in the funeral home.
Military graveside honors in Oakhill Cemetery will be provided by members of the American Legion Post 385, D.A.V. and the Indiana Honor Guard of South Bend.