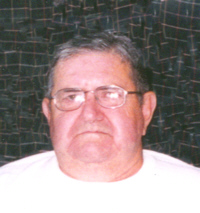 Jimmie Robert Miller, 74, of 1615 W. Lake Ave., Plymouth, died of natural causes in Pilgrim Manor Nursing Home at 6:30 p.m. on Saturday, Sept. 10, 2005.
Jimmie was born in Jefferson Township, Cass County, Ind., on August 15, 1931, the son of Walter James and Vivian L. Ritter Miller.
He attended school in Royal Center, Ind., and served his country with a tour of duty in the United States Marines.
On Feb. 27, 1960, Jimmie and Joan Reed were married in the Chicago Temple in Chicago, Ill.
Jimmie retired from AM General in 1990. He then worked as a part time maintence man for the Holiday Inn and also washed cars and vans for the Sprint Company.
He enjoyed the Indianapolis 500 time trials and attended as often as he could. A true sports fan, he took pleasure from all sports, particularly in watching baseball and football games.
Jimmie had a little garden out behind his home where he planted tomatoes, cucumbers and green beans.
He was a member of the American Legion Post #27 and the Moose Lodge, both in Plymouth.
Jimmie is survived by his wife, Joan, and their two children, a son, David James and his wife, Gwen, Miller, Mishawaka, Ind., and a daughter and son-in-law, Lisa Ann and Jimmy Chapman, Plymouth.
Seven grandchildren also survive. They are: Ashley, Chelsie, Austin, Derrick and Meagan Miller and James and Jessica Chapman.
Two sisters, Marjorie and Richard Hammaker and Connie and Jimmy Emmons, both of Ponte Gorda, Fla., survive as well.
Jimmie was preceded in death by his parents and a brother, Michael Miller.
Friends will be welcomed by the family from 5 to 8 p.m. on Wednesday, Sept. 14, 2005,and after 7:00 am on Thursday September 15, 2005 in the Johnson-Danielson Funeral Home, 1100 N. Michigan St., Plymouth, Ind.
Funeral services in the funeral home will be at 11 a.m. on Thursday, Sept. 15, 2005. The Rev. Greg Bouck, associate pastor of the Plymouth Wesleyan Church will officiate.
Burial will be in Oakhill Cemetery, Plymouth, Ind.
Memorial gifts in Jimmie’s memory may be made to the American Cancer Society or the Alzheimer’s Association.