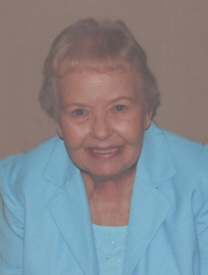 Joan C. “Jo” Henderson, 84, a beloved mom, grandma, great-grandma, aunt and friend to many, passed away at 1:27 p.m. on Thursday, March 27, 2014, in Miller’s Merry Manor, Plymouth.
The daughter of Claude Ramon and Bessie Amanda (Dague) Miller, Jo was born on February 11, 1930 at home in Bourbon. She attended Plymouth’s Lincoln High School with the Class of 1946. She grew up in Plymouth after her parents moved here from Bourbon and lived with-in a 30 – 40 mile radius of Plymouth over the years.
Jo became the bride of Paul Elmer Henderson on January 10, 1948 in South Bend. Paul preceded her in death on March 5, 1996.
She had worked as the secretary/office manager at Qualex in South Bend for 15 years, retiring in 1996.
A very artistic person, Jo did free handed drawings and graphics for advertising. She enjoyed gardening, canning her bounty for her family, loved to take care of flowers and from 1998 to 2012, she spent January to April in Florida.
Jo is survived by two daughters, one son and families: Claudia A. (Larry) Sailor of Cape Coral, Florida, John M. (Sue) Henderson of Mishawaka and their children, Michelle (Jim) Mobus and Michael (Nicole) Henderson and Beverly J. (Nilas) Miller of Plymouth and their children, Tammy (Mike) White, Angie (Brett) Schultz and Kristin (Jeff) Hylek along with 10 great grandchildren. A brother Neal Long of Deland, Florida, one niece and four nephews also survive.
She was preceded in death by her parents, her husband, a sister Marjorie Cody and a granddaughter: Pamela Sue Miller.
Visitation will be from 2 – 4 p.m. on Sunday March 30th in the Johnson-Danielson Funeral Home, 1100 N. Michigan Street, Plymouth.
Funeral services, officiated by Hospice Chaplain Tom Padberg, will be held in the funeral home at 11 a.m. on Monday, March 31st.
Burial will be in New Oakhill Cemetery, Plymouth. Jo and her family dearly loved the care shown them from the staff of Miller’s Merry Manor and the Center for Hospice Care volunteers.
Memorial gifts in Jo’s name may be given to the Center for Hospice Care, 112 S. Center Street, Plymouth, IN 46563.
Mama, we will miss your sweet spirit and loving heart, till we meet again in heaven, we know your spirit of love will be with us forever.