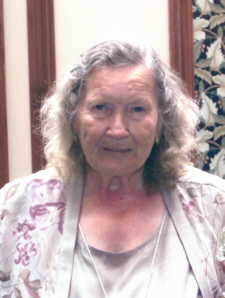 Lifetime Plymouth resident Joan Eva Nethercutt, 74, died September 21, 2007 at her residence from natural causes.
She was born on September 28, 1932, in Plymouth, the daughter of William A. and Mary E. Snyder Richard. Joan was a Plymouth High School graduate. On October 10, 1953, in Plymouth, Joan and Fredrick Nethercutt were married. After their marriage, Joan and Fred moved to 10688 14th Road, where she lived the rest of her life. Fred died on May 24, 1994.
Joan had worked as the main housekeeper at the Holiday Inn for several years. She then went to work at Millers Merry Manor in housekeeping, retiring in 2003.
She experienced great joy from writing to her friends, as she had many pen pals, in many places. Joan was a member of the Eagles Lodge, the Plymouth Moose Lodge and the V.F.W. Auxiliary.
Joan is survived by two step-sons: Frank Nethercutt and Glen Nethercutt, both of LaPaz, two brothers: Phillip Richard, Steven & Beverly Richard all of Plymouth and a sister Shirley & Ivan Carpenter of Morristown, TN. Several step-grandchildren and step-great grandchildren survive as well.
She was preceded in death by her parents, her husband and a sister Jean Saygers.
Friends are invited to share special memories with Joan’s family on Monday September 24, 2007 from 5 to 7 p.m. at the Johnson-Danielson Funeral Home, 1100 N. Michigan St., Plymouth.
Funeral services for Joan will be held at 10:00 a.m. on Tuesday, September 25, 2007, at the funeral home.
Burial will be in Oakhill Cemetery, Plymouth.
Memorial contributions may be made to the Plymouth Wesleyan Church.