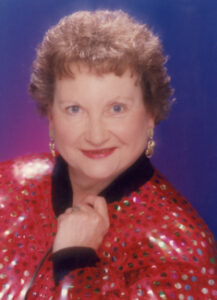 Joan L. Drake Carlson, 75, passed away peacefully at her home at 8:37 a.m. Sunday, January 15, 2012.
Joan was born, the daughter of John H. and Viola May (Lee) Drake on February 15, 1936. She graduated from Plymouth High School with the class of 1954.
On June 27, 1954, Joan and LaVerne R. “Swede” Carlson were married at the Plymouth First United Church of Christ.
Joan worked for the local G&G Grocery in Plymouth for 15 years. She retired from Wal-Mart after working there for 15 years in September, 2008.
A member of the Donaldson Evangelical Covenant Church, Joan was a willing and faithful volunteer for many activities of the church.
She enjoyed sewing and made her three daughters and seven grandchildren each a quilted Christmas tree skirt. She taught herself to crochet. As they were born, each grandchild received a first baby afghan. Joan’s greatest memory was going on a cruise to the Bahamas with her husband, daughters and sons-in-law to celebrate their 50th wedding anniversary.
Joan is survived by her loving husband, Swede. Also surviving are her three daughters: Jerri L. (David) Benjamin and their daughters, Tracy and Jamie of Naperville, Ill.; Sherri (Bob) Wilson, of Grovertown and their son, Levi (Brandii) Wilson and and their daughters Libby and Paige of Cleveland, OH.; and Danae (Chris) Howard and their son Hunter and twin girls Braylee and Sophee of Walkerton, IN. and Ashlie (Tom) Hartgraves of Indianapolis, IN.; Jody (Ty) Fischer and their daughter Erica and son Lucas of Ocoee, FL.
Three sisters also survive Joan’s passing. They are Phyllis M. (Stan) Gniadek of Portage, IN.; Carolyn J. Miller of Seneca, S.C. and Barbara K. Drake of Anderson, IN.
Joan was preceded in death by her parents, a sister, Karen Sue Drake, a brother Leon “Bud” Drake and a brother-in-law, Tom Miller.
Friends may visit with the family from 4 – 8 p.m. Friday, January 20, 2012, at the Johnson-Danielson Funeral Home, 1100 N. Michigan St., Plymouth, Indiana.
Funeral services for Joan will be held on Saturday, January 21st at 1:30 p.m. in the funeral home, Pastor Mark Harder of the Evangelical Covenant Church will officiate.
Interment will be in the Swedish Cemetery, Union Road, Donaldson, IN.
Joan’s family wishes to thank the many caregivers and friends, her church and all who offered their services and prayers throughout this difficult time.
Memorial gifts in Joan’s memory may be made to the Center for Hospice Care, 112 S. Center St., Plymouth, IN 46563 or the Covenant Church, P.O. Box 67, Donaldson, IN 46513.