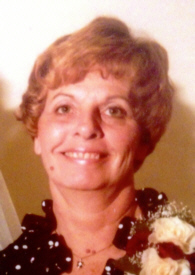 Joan Marilyn Lucas, 84, passed away Tuesday morning, March 7, 2017 at Millerâ€™s Merry Manor in Culver.
Joan was born on July 8, 1932 in Marshall County, Indiana to Cecil L. and Anna Mae (Smeltzer) Cultice. She graduated from Culver High School with the class of 1951.
On August 26, 1950 in South Bend, Indiana Joan became the wife of Cecil E. Lucas. To this union came a daughter, Karen and sons, Kent and Kurt. She treasured being a stay at home mom while the kids were young and then in the company of her grandkids.
Joan then began working at the Tippecanoe State Park as a bookkeeper and gatekeeper.
She is survived by her children: Karen Lucas of South Bend and Kurt Lucas of Culver; grandchildren: Michael Isgrig, Mary Brown, David Isgrig, Lisa Isgrig and Megan Brady Lucas.; 3 great-grandchildren: Alexis, Brianna and Brooklyn; and sister, Jean Snyder of Culver.
Joan was preceded in death by her parents, son Kent, former spouse Cecil, and a brother Donald Cultice.
Visitation will be held on Sunday, March 12, 2017 from 1-3 p.m. in the Johnson-Danielson Funeral Home, 1100 N. Michigan Street, Plymouth.
A family graveside service will be held in the Union Cemetery, Plymouth.
Memorial contributions can be made to the donorâ€™s choice.