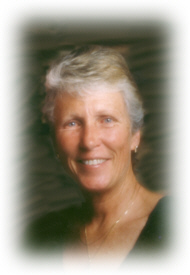 At home in the company of her loving family, Joan Marie Miller, 14469 Crest Lane, Plymouth, died of natural causes at 10:55 a.m. on Monday, January 21, 2008.
Always smiling and up-beat, she will be missed by her family and her many friends.
Family always came first. She adored her 12 grandchildren who called her “Mama.” She was simply Joanie to her friends.
Joanie was born on November 18, 1945, in Binghamton, New York, the daughter of John J. and Jeanne Paula Hirten Skahill.
A graduate of Arlington Heights High School with the class of 1964, Joanie attended both Vincennes University, where she met Larry, and Eastern Illinois University.
On September 23, 1967, she and Lawrence “Larry” Miller were married in Arlington Heights, Ill.
They resided in Culver from 1967 to 1975 and then moved to Plymouth. Joanie worked as an aide in the Plymouth School Corporation for 20 years, retiring in 2005.
Known as an excellent and enthusiastic golfer, Joanie loved the game and was very good at it, playing with the Plymouth Country Club ladies 18-hole and the couples’ Wednesday evening outings.
You could always count on Joanie to cheer on the less-accomplished players with a “Great Shot!”
She and her husband enjoyed dancing and traveling to their Islands. Also, for many years they walked together and you may have seen them in the early morning hours walking along Overmyer Drive.
She liked to fish, hike and camp-out. She had a “green thumb” and loved her gardens. It was her daily chore counting how many frogs were sunbathing on any given day.
In addition to Larry, her loving husband of 40 years, Joanie is survived by their son and three daughters. They are; Christopher Miller, Plymouth: Carrie (Charles) Tharp, Plymouth: Theresa (Tia) and her husband, John, Pacilio, Carmel, Ind.: and Erin (Andy) Metsker, Plymouth.
Robert Listenberger, Plymouth, a son-in-law, survives as well, together with a sister and brother-in-law in Chico, Ca., Judy Katz-Engelbert and Phil Engelbert and two brothers: John (Pricilla) Skahill, Rotonda West, Fla., and Jim Skahill, Belleir, Bluff, Fla.
Joanie’s beloved granddaughters are: Sidney, Emily and Celia Listenberger: Taylor, Kaitlyn, Sophia and Ella Pacilio and Allison Tharp. Her cherished grandsons are: Garrett and Morgan Tharp, Jack Pacilio and Grady Metsker.
Joanie was preceded in death by her parents and a grandson, Cameron Scott Miller.
A celebration of Joan Marie Miller’s life will be held on Friday, January 25th at the Johnson-Danielson Funeral Home, 1100 N. Michigan St., Plymouth, where family will greet friends and share memories from 4 to 8 p.m.
A Rosary will be prayed at 8 p.m. Friday evening in the funeral home.
A Mass of Christian Burial will be held in St. Michael’s Catholic Church, 613 N. Center St., Plymouth, where she was a member, at 11 a.m. Saturday, January 26th. The Rev. Fathers Timothy Hirten and William J. Kummer, pastor of the church, will officiate.
In lieu of flowers, Joanie has requested that memorial contributions be made to St. Michael’s School, the Marshall County Hospice and Palliative Care or a charity of the donor’s choice.