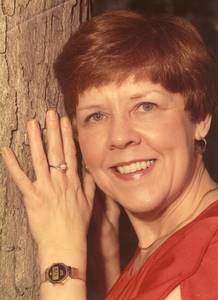 Joan Eileen Xaver Johnston, 83, of 805 Baker St., Lot 96, died in St. Joseph Regional Medical Center, Plymouth, of natural causes at 4:32 p.m. on Saturday, June 5, 2010.
Born in Plymouth on June 17, 1926, she was the daughter of John and Hattie Morrow Xaver.
Joan graduated from Plymouth High School with the class of 1944 and was an avid class reunion participant. On August 18, 1951, Joan married DeVor L. Johnston, from Kewanna. They divorced in 1976.
For most of her life, she was a homemaker. One of her favorite pastimes was listening to P.H.S. and Notre Dame sporting events on the radio and television, as well as cheering on the Indianapolis Colts.
She will be remembered for her enthusiasm about her hometown and the people in it. To her, there was no place like Plymouth.
Joan happily shared her fond memories of her happy childhood. She would tell her children how she spent time at the local skating rink in her teenage years and how she got in the movie theater for free when her grandpa, Win Morrow, was Chief of Police.
During WWII, Joan helped the war effort working at Meck’s building walkie talkies for U.S. troups.
She is described by her children lovingly as being a feisty, independent woman.
Joan is survived by a son, Gary Reed (Bonnie) Johnston, Huntsville, AL., and by a daughter, Terri Jo (Kenneth) Keller, Plymouth.
Eight grandchildren also survive. They are Gary’s children: Brent Matthew (Sarah) Johnston; and Gregory James (Ashly) Johnston and Terri Jo’s children: Kristopher Erik (Schivonne) Keller, Justin Ryan Keller and Evan Patrick Keller. Five Great Grandchildren survive Lauren, Emma, Allyn, Camden, and Avery.
Two sisters Phyllis Nash, Plymouth, and Marilyn (Robert) Leeney, Aurora, CO; two brothers Michael (Lori) Xaver Seattle, WA; and James (Sharon) Xaver, Plymouth survive along with several nieces and nephews.
Joan was preceded in death by her parents, an infant son, Jeffrey Wayne Johnston, and a brother, John Xaver.
Friends are invited to meet with Joan’s family and to celebrate her life on Thursday, June 10, 2010 from 12 to 2 p.m. at the Johnson-Danielson Funeral Home, 1100 N. Michigan Street, Plymouth.
Funeral services for Joan will be held at 2 p.m. on Thursday, June 10, at the funeral home with Rev. Mr. Terrrence Coonan Jr. officiating.
Interment will be in New Oakhill Cemetery.
Memorial gifts may be made to the Marshall County Historical Society 123 N. Michigan Street Plymouth, Indiana 46563.