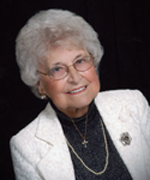 JoAnn C. Ringer, 89, passed away at 11:40 a.m. on Monday, June 4, 2018 at We Belong Senior Home in Plymouth.
Lifetime Plymouth resident, JoAnn was the daughter of Clyde and Edith (Sheneman) Zumbaugh. She graduated from Plymouth High School with the class of 1946.
On October 23, 1949, JoAnn became the wife of Norman W. Ringer.
She worked as a cook for Culver High School for many years. JoAnn was a Marshall County 4-H Leader for many years as well.
A devoted housewife and mother, JoAnn loved spending time making memories with her children, grandchildren and great-grandchildren.
She is survived by her five children: Stephen (Donna) Ringer of Plymouth, Robert (Donna) Ringer of Plymouth, Kathy Ringer of Plymouth, Linda (Danny) Ringen of Winamac and James (Sandy) Ringer of Plymouth; 18 grandchildren and 35 great-grandchildren.
JoAnn was preceded in death by her husband Norman, parents, one sister and two brothers.
A Memorial service will be held at 6 p.m. on Monday, June 11, 2018 in the Johnson-Danielson Funeral Home, 1100 N. Michigan Street, Plymouth. Visitation will be held from 4-6 p.m. prior to the start of the service.
Family burial will take place in the New Oak Hill Cemetery at a later date.