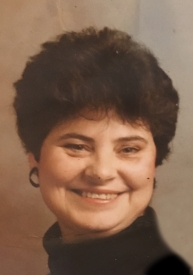 JoAnn Smith, 78, passed away on May 25, 2019 surrounded by her loving family. JoAnn was born in Jasper, AL to Ollie and Evelyn Bailey. She was raised in Indiana where she eventually met her soon to be husband Richard L. Smith. They made their home in Plymouth and raised five daughters. She was a seamstress who made her daughters clothes, the girls also had the best dressed Barbieâ€™s around. JoAnn was also talented at knitting, crocheting, cross stitch and crafting in general. JoAnn served at the First Church of God Church of Mishawaka as a Sunday School teacher and VBS leader for greater than twenty years. JoAnn was a caretaker of the family and enjoyed decorating for holidays. She would decorate making sure every corner was covered in Christmas, and hosted family egg hunts for Easter. Family time was the most important to JoAnn. She enjoyed her home on the lake and the pontoon and speed boats. She took several cruises with Richard to the Caribbean. JoAnn was an avid reader, especially loving mysteries and the Harry Potter series. Those left to mourn her passing are her husband of 37 years Richard, daughters Tracey Clark and her children George, Natalie, and Alaina Clark of Fishers, Susan Barrier and her children Christopher and Matthew Schoen and Savannah and Abigail Barrier of South Bend, Janet Sambo and her daughter Taylor Guzzo of Plymouth, and Debbie Roark and her daughters Elizabeth and Samantha Roark of Mishawaka, IN, her sister Sandra Gushwa of Mishawaka, IN, numerous other family members and friends also survive. Welcoming her into heaven are her daughter Katherine Coyer and her grand-daughters Paula Faith Guzzo on March 8, 2010 and Sarah E. Coyer who passed away on April 24, 2019. Memorial contributions in JoAnnâ€™s name can be made to the MLD foundation at 21345 Miles Drive West Linn, OR 97068 or MLDfoundation.org Family and friends will gather on Wednesday, May 29, 2019, from 3 – 6 p.m. in the Johnson-Danielson Funeral Home, 1100 N. Michigan St., Plymouth. Funeral services to celebrate JoAnnâ€™s life will immediately follow in the funeral home.