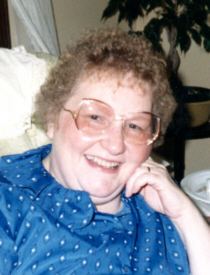 JoAnne P. “Pennie” Collins, 78, formerly of the Culver area, passed away on Thursday, October 16, 2014 at Miller’s Merry Manor, Plymouth.
Born to Viola Sawyer in Sault Sainte Marie, Michigan on January 15, 1936, Pennie graduated from Sault Sainte Marie High School with the class of 1953. She attended nursing school through Ivy Tech and graduated in 1976.
On May 8, 1954 Pennie married Verner R. Collins Sr. in Sault Sainte Marie Church, Michigan. He would precede her in death in August 16, 2003.
Pennie worked at Countryside Place in Knox for 24 years as a LPN until her retirement in 2001.
She was a member of the former New Philadelphian Church in LaPaz and newly a member of Plymouth Wesleyan Church in Plymouth and enjoyed attending many church functions. She enjoyed watching her television shows and reading. Memorable trips that Pennie took were to Branson, MO and Israel.
She is survived by her daughter, Jennifer R. (Ed) Friberg of Plymouth; seven grandchildren: Josh (Danielle) Collins, Chrissy (Ricky) Perez, Justin (Sherry) Collins, Eddie Friberg, Shannon (Eric) Proegler, Jacob Friberg and Hannah Friberg; two great-grandchildren; her sisters Carol Matthews of South Carolina and Ellen (Ray) Forrester of California; and brother Clayton (Sally) Sawyer of Grand Rapids, MI.
Pennie was preceded in death by her parents, husband, son Verner R. Collins Jr., and brother Louie Sawyer.
Visitation will be from 4 to 6 p.m. on Monday, October 20, 2014 in the Johnson-Danielson Funeral Home, 1100 N. Michigan Street, Plymouth. Funeral services will immediately follow at 6 p.m. in the funeral home with her son-in-law, Pastor Ed Friberg, officiating.
Private burial will be in the New Oakhill Cemetery, Plymouth.
Memorial contributions can be made to the family.