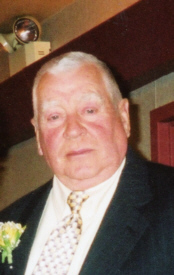 Joe D. Walker, 85, passed away surrounded by his family early Thursday morning, October 1, 2015 at Center for Hospice Care- Elkhart Hospice House.
He was born March 6, 1930 in White Plaines, Kentucky, the son of Jimmy and Audrey (Morgan) Walker. Joe served in the United States Army during the Korean Conflict, and was honorably discharged in 1953.
He married Mary L. Cole April 25, 1953 in Shawneetown, Illinois. He then worked for thirty-seven years at Uniroyal in Mishawaka, as a pipefitter. Joe was also a farmer from 1972 until the present time.
Joe was the traditional patriarch. He was the center stone of the family. He was rough around the edges and many times tough to please but at the center was a man with a kind and caring heart. He loved three things in life almost more than life itself; his family, his country, and his work. Joe came from a different script, he enjoyed work in a way that many of us today just cannot relate to. He was a farmer, a builder, and maybe what drove this enjoyment of work, a provider. As much as he loved his family he loved his country just as much. He fought on the front lines in Korea, something he was very proud of. He loved the military. Joe enjoyed working more than anyone. Whether it be fixing a bike to plowing a field, he enjoyed the sense of accomplishment and providing for his family. Joe loved his family; his wife, his children, and grand-children. He lived his life for his family and now he can rest easy with the Lord knowing it was a job well done. He was a past member of the VFW Post 360, Mishawaka.
Surviving is his wife of sixty-two years; Mary L. Walker, Plymouth, two daughters and a son-in-law; Patti and Steve Peden, South Bend, and Sherri Walker, Indianapolis, two sons and daughters-in-law; Kerry and Phoebe Walker, Jim and Jennifer Walker, all of Plymouth. Also surviving are five grandchildren; Chris Peden, Sarah Peden, Jamie Walker, Janelle Walker, and Jacob Walker. Joe was preceded in death by one brother and four sisters.
Visitation will be from 2-6 PM Sunday, October 4, 2015 in the Johnson-Danielson Funeral Home, 1100 N. Michigan Street, Plymouth, and from 12:00 PM until time of service on Monday. Funeral services will be at 2:00 PM Monday, October 5, 2015 in the funeral home, with Pastor Neil K. Wonnacott officiating. Burial will be in the New Oakhill Cemetery, with Military Honors provided by members of the American Legion Post 27, Veterans of Foreign Wars- Marshall County Post 1162 and D.A.V.
Memorial contributions can be made to the Center for Hospice Care-Elkhart Hospice House, 22579 Old U.S. 20, Elkhart, Indiana 46516 or to the donor’s choice.