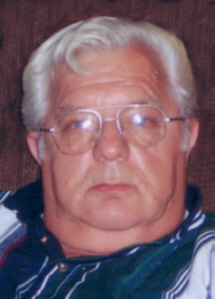 Joe L. Cooley, 61, passed away of natural causes at his home in Rochester, IN., at 9:15 p.m. on Thursday, January 19, 2012.
Joe was born in Plymouth, IN., on May 22, 1950. He was the son of John J. and Avis I. Renz Howard.
On October 15, 1967, in his parents’ new home in Inwood, Joe and Beverly J. Cowger were married.
He earned a Law Enforcement certificate from the Colorado Police academy in 1982 and served as a patrol officer and later detective until 1992. He drove truck from 1993 to 2005 and was then promoted General Manager for Commander Transportation until 2008, when he retired.
He was an avid outdoorsman. He loved hunting and fishing and enjoyed collecting antiques and collectibles, and spending time with his grandchildren.
As a member of the Elks in Fort Morgan, Colorado, he founded the Elks Drug Awareness Program.
Joe is survived by Beverly, his devoted wife of 44 years and by their three sons: Troy Allen (Sherri) Cooley, Kennewick, WA.: John E. (Tonya) Cooley, Vucelik, Germany and Terry Joe Cooley, Michigan City, IN.
Seven grandchildren survive as well, together with a sister, JoAnn (Bill) Martin, Bourbon, two brothers, Jack Howard, Bremen and Dan (Raelene), Syracuse, a brother-in-law, Sandro Sickmiller, Tippecanoe, and numerous nieces and nephews.
Also surviving are Joe’s father and mother-in-law: Wilbur and Donna Cowger, sister-in-law, Darlene Cowger, brothers- in- law Kelly and Shelly Cowger and Tim Cowger all of Rochester. Diana and Danni Overmeyer, Tippecanoe and Twyla and Michael Hartman and Melody and Clyde Avery, sister-in-law, of Argos. Joe was preceded in death by a daughter, Donna Marie Cooley his parents, two sisters, Debra and Ruth, and a brother, Robert Cooley.
Visitation will be held on Tuesday, January 24, 2012, from 3 to 7 p.m. in the Johnson-Danielson Funeral Home, 1100 North Michigan St., Plymouth, IN.
Funeral services for Joe will be conducted at 2 p.m. on Wednesday, January 25, 2012, in the funeral home. Dewey Miller, pastor of the United Methodist Church of Argos, will officiate.
Interment will be in the Pleasant Hill Cemetery in Bourbon, IN.
Memorial gifts in Joe’s name may be made to Hope Hospice 1476 W 18th Street Rochester, IN 46975.