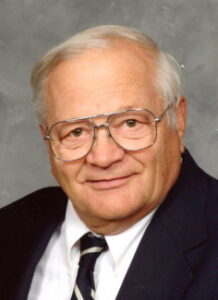 Lifetime Plymouth resident John A. Bockman, 71, died suddenly, following an extended illness, at 9:40 a.m. on Wednesday, April 2, 2014 in Porter Regional Hospital, Valparaiso, IN.
The son of Al J. and Martha (Kohan) Bockman, John was born on March 15, 1943 in Wilmette, Illinois. He attended Plymouth’s Lincoln High School with the Class of 1961 and had served in the U.S. Army during the Vietnam Era.
On July 3, 1965, John and Glenda L. Cochern were married in St. Michael Roman Catholic Church, Plymouth. He was a loving and dedicated family man throughout 49 years of marriage.
John often declared he was… “The hardest working man in Plymouth”.
He started working in the building trades with his father which led to his interest in the tool and die field. He became owner/operator of Oakhill Tool & Die from 1980 to 2000. John was a member of St. Michael Church, where he served as an usher and member of Knights of Columbus Council No. 1975. He quietly gave back to the church performing various tasks through the years.
He was a collector of old cars, bicycles and other treasured items. John was a charter member of Hoosier Old Wheels. He enjoyed Plymouth sports and was a strong supporter and former coach of Plymouth Youth Softball. He especially enjoyed attending his grandkid’s many events and performances.
He is survived by the love of his life, wife Glenda, four children: Elizabeth A. Gardner of Bourbon and her children, Kate and John; Kathy S. (Kirk) Nellans of Argos and their children, Emma, Ike and Grace; Philip O. (Becky) Bockman of Plymouth and their children, Anna, Rachel, Owen and Noble; and Jane L. (Brad) Hargrave of Tippecanoe and children, Jayden, Taytum and Callie. His mother-in-law: Glendora Cochern of Plymouth and sister-in-law: Joyce Bockman of Elkhart also survives.
John was preceded in death by his parents and a brother, Ray.
Family and friends will come together on Sunday, April 6th from 2 to 5 p.m. to celebrate John’s life at Johnson-Danielson Funeral Home, 1100 N. Michigan Street, Plymouth.
Mass of Christian Burial will be held at 11:00 a.m. on Monday, April 7th, in St. Michael Roman Catholic Church, 613 N. Center Street, Plymouth. Pastor John Korcsmar C.S.C. will officiate.
Burial will follow in New Oakhill Cemetery, Plymouth.
Memorial contributions may be given to the Plymouth Youth Softball League P.O. Box 405, Plymouth, IN 46563 or Riley Children’s Hospital, 702 Barnhill Dr., Indianapolis, IN 46202.