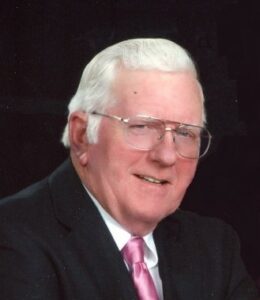 Born on August 17, 1944 in Flushing Long Island, New York he was the son of John W. and Ethel (Kritzmacher) Damm. He attended Eli Whitney Technical School in Hamden, CT with the class of 1962. John proudly served his country with the U.S. Air Force during the Vietnam War and was honorably discharged in 1972.

On October 25, 1969 he married Paula Dell’Oro in North Haven, CT. After the military John found his niche in driving a semi. He worked for Sharkey Transport, Aker’s Plastics, Viking Paper and Weirs. He also drove a school bus for Plymouth Community Schools until his retirement in 2021.

Known as the “Quiet Giant” but also the “fierce protector” he was a man of few words that showed his love by his actions. Perhaps one of the greatest huggers that you would ever meet that taught all that knew him well how to listen, learn, be humble and to help those who were in need. John would often lend a hand to those that needed it when it came to working on their cars and construction projects.

He loved watching Sci-Fi and anything that he could find on history. You could also find John behind a good book as he was an avid reader.

John is preceded in death by his parents, daughter Amy Damm and sister Erna Damm.

Funeral services will be held on Saturday, January 7, 2023 at 12 pm with Pastor Eric Ahlemeyer officiating.

Burial will take place in the All-Saints Cemetery, North Haven Ct. with military honors rendered by the U.S. Air Force.

Memorial contributions may be given to the Veterans Strong Community, 111 N. Main Street STE. A, Bristol CT. 06010.