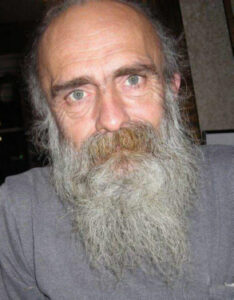 On Monday evening June 22nd, John Arthur Doll chose to take his own life at the age of 56. He has been an Argos resident for the past 28 years and previously lived in the Bourbon area.
The son of Paul and Betty May (Tunis) Doll, he was born on September 17, 1958 in Rochester, Indiana. He attended Triton schools. In Bourbon, he met his future bride Valerie D. Perry and on May 4, 1984 in Plymouth they were married. Together they would have two children; Amber Christine and Johnathan Paul. Valerie died suddenly on April 11, 1997 at the age of 32. With two young children to raise, John worked hard in the fiberglass industry in final finish and mold repair. He had been employed at Monaco Coach, Hop Cap and Bremen Composites until his decline in health.
John truly enjoyed cars, fixing, buying and selling. He had enjoyed fishing and camping with his family, being outdoors and gardening.
His memory will remain with daughter; Amber C. Doll of Plymouth, granddaughter Lokie V. Doll of Bourbon, son; Johnathan P. wife Brittany Doll and grandsons Gabriel Harris and Elijah Curry all of Warsaw. One brother; James E. wife LouAnn Doll of Bourbon and in-laws; Charles and Mary Perry of Orange Park, FL also survive. Along with his wife and parents, he was preceded in death by two brothers Joe Doll and David A. Doll.
A time of sharing with family and friends will take place Saturday June 27th from 2-6 P.M. at 13020 SR 331 Bourbon, IN 46504
Burial will be in Pleasant Hill Cemetery in Bourbon.