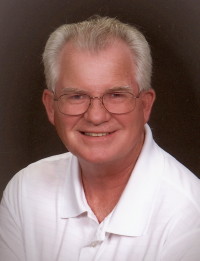 John A. Mills, 66, passed away unexpectedly on Monday, May 18, 2020.
Born in Clay County, Kentucky on August 5, 1953, John was the son of Tolman and Naomi (Martin) Mills. His family would move to Xenia, Ohio where he would graduate with the class of 1971 from Xenia High School. He would attend Clark State Technical College in Springfield, Ohio and graduate with his Associates of Arts Degree in 1977. He then in 1984, would graduate from Antioch College in Yellow Springs, Ohio with his Bachelor of Arts Degree.
It was in his hometown of Xenia, Ohio that John married his high school sweetheart, Katherine S. Lawson on July 30, 1972 in the Second United Presbyterian Church. To this union came two children, Holly and John, and 47 years of love, laughs and trialing times.
In Xenia, John worked as an accountant for Heider & Rudy Public Accounting Firm and the Xenia YMCA. He then worked as a controller for Del Monte Foods in Illinois before being transferred to their Plymouth location. John would work for Del Monte for 29 years, 14 being in Plymouth, until they closed and he retired. Always liking to stay busy, John worked as an accountant part-time for Gatlin CPA Group in Plymouth.
Family was everything to John. He enjoyed trips to the beach and visiting his family. He attended all his grandchildren’s activities and sporting events. John was very proud of all their accomplishments. His family enjoyed camping and hearing John play his guitar around the bonfires. He was an avid bowler and liked playing golf.
John was a former member of Memorial Presbyterian Church in Xenia, and a current member of the First United Methodist Church in Plymouth. He was active in his churches and sang in the choirs. He was a member of the Loyal Order of the Moose in Plymouth and a long standing member of the United States Bowling Congress.
He is survived by his loving wife, Kathy of Plymouth, and their children: Holly K. Cessna of Pittsburgh, PA and John L. (Princessa) Mills of Plymouth; grandchildren: Haley, John S., Tolman, Collin, and Seth Mills and Riley and Ian Cessna; his siblings: Janice Price, Tolman Mills Jr., and Larry Mills, all of Hillsboro, OH, and Dwight “Ike” (Melissa) Mills of Bainbridge, OH; numerous nieces and nephews; and his mother-in-law, Maxine Lawson of Plymouth.
John was preceded in death by his parents, brother, Wayne Mills, and father-in-law, John Lawson.
Funeral services will be held on Wednesday, May 27, 2020 at 2 p.m. at the Johnson-Danielson Funeral Home, 1100 N. Michigan Street, Plymouth with Pastor Toni Carmer officiating. Visitation will be held prior from 12-2 p.m. in the funeral home. Per John’s wishes, cremation will follow his funeral services.
Memorial contributions can be made to the First United Methodist Church 400 N Michigan St, Plymouth, IN 46563.