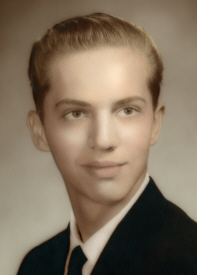 John D. Oden, 68, passed away surrounded by family and friends on Tuesday night May 17, 2016 in the Elkhart Hospice House, Elkhart.
John was born in Rochester, Indiana on April 21, 1948 to Cecil Albertus Oden and Hulda Ruth (Kelly) Winterrowd. He graduated from Rochester High School with the class of 1968.
John lived in the Fulton and Marshall County areas all his life except while he served his country. He served in the U.S. Air Force from July of 1968 until his Honorable Discharge in July of 1976.
On August 3, 1969 in Plymouth, Indiana John took as his wife, Karen S. Keyser. The couple spent 46 wonderful years together, growing together and making their family. John worked for Indiana Heat (McCords) for 26years before his retirement in 2011. He loved to play and watch golf, listening to old country music and a fan of the Chicago Cubs.
He is survived by his wife, Karen, and their children: Tracy L (Greg) Lynn and Keith A. (Leah) Oden, all of Plymouth; grandchildren: Lindsay R. Romwalter, Derrick R. Campana, Chase A. Oden, Emily N. Oden, Aiden G. Lynn and Colton R. Oden; and siblings: Carol (Dave) Jensen of New Mexico, Darlene Winterrowd of Plymouth, Ed (Linda) Hartman of Plymouth, David Winterrowd of Indianapolis and Michael (Vicki) WInterrowd of Lakeville.
He was preceded in death by his parents, step-fathers, Carl Hartman and Robert Winterrowd, and brother, Dennis Winterrowd.
Visitation will be from 11a.m.-1 p.m. on Sunday, May 22, 2016 in the Johnson-Danielson Funeral Home, Plymouth. Funeral services will immediately follow at 1 p.m. in the funeral home with Chaplain Denny Potoczky officiating.
Burial will be in the New Oak Hill Cemetery with Military Honors.
Memorial contributions can be made to Marshall County Hospice 112 S. Center Street Suite C Plymouth, IN 46563.