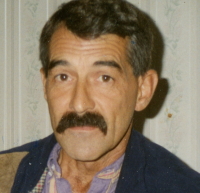 John Delbert Pippenger, 68, of Bremen, died unexpectedly on Saturday, March 21, 2020 at Memorial Hospital in South Bend, after a long battle with heart disease. He was born to John and Phyllis (Franklin) Pippenger, and a sibling of Michael, James, Joseph, and Barbara. John married Corrine Critchfield on April 17, 1987 in Sevierville, Tennessee, sadly she passed away after 23 years of marriage on November 20, 2010. He loved to fish and be outdoors. Sunday afternoons were for watching NASCAR, especially Dale Earnhardt Sr. He was a Dallas Cowboys fan as well as a fan of anything John Wayne. John is survived by his daughter Jennifer and Patrick McKinney of LaPorte Co,, IN, step-son Sean and Tera Douglas of Plymouth, step-daughter Carrie and William Smith, siblings Barbara Wolff, Joseph Pippenger, and Michael Pippenger; six grandchildren, Brandon, Jacob, Carrissa, Zack, Lane and Evan. Preceding him in death are his wife Corrine; a son Tony Pippenger; siblings Rev. James Pippenger, and Michael Pippenger. Memorial Donations can be made in his name to Indiana Patriot Guard Riders, 878 South 300 East. Anderson, IN 46017
Due to the restrictions on social gatherings, a funeral service with full military honors will be announced at a later date.