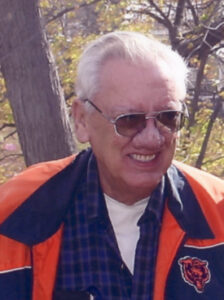 John F. Botset, 72, a lifetime Plymouth resident, passed away at 3:45 p.m. Wednesday, January 4, 2012 at his daughter’s home in the company of his family and hospice.
John, also affectionately known as “Pops” and “Papa John”, was born in Plymouth on September 4, 1939, the son of Jessa W. and Edna Mae Perry Botset. He attended Plymouth High School.
A member of the U.S. Marine Corps from January 7, 1958 to November 15, 1960, John was involved in the “Bay of Pigs” conflict.
John retired from Bendix/Allied Signal in 2001 after 30 years of service. He was an avid reader and spent much of his time on his computer. He was a member of the Plymouth Moose Lodge and American Legion.
John married Sandra L. Dixon and they are survived by a daughter: Dawna (Blane) Embree of Plymouth, two sons: John W. (Sue) Botset of Rochester and Todd A. (Carrie) Botset of Walkerton, eight grandchildren, one great granddaughter and several nieces and nephews.
He was preceded in death by his parents, two brothers; Robert Botset and Alvin “Bud” Botset and two sisters: Dorothea “Dot” Hessler and Alice Schumann.
The family will receive friends at the Johnson-Danielson Funeral Home, 1100 N. Michigan Street, Plymouth on Saturday, January 7, 2012 from 11:00 a.m. to 1:00 p.m. Funeral services officiated by the Rev. Mark Allen of the Sunrise Chapel, will be held immediately following visitation at 1:00 p.m. in the funeral home. Military honors will be accorded John by members of the Plymouth American Legion Post 27, Veterans of Foreign Wars Post 1162 and the D.A.V.
Preferred memorial gifts are to the Center for Hospice Care, 112 S. Center Street, Plymouth, Indiana 46563 recognizing their gracious care.