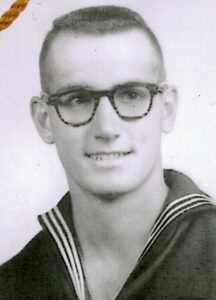 John was born in Plymouth, Indiana on July 19, 1940 to Chalon Frederick and Evelyn Elsie (Rankert) Zumbaugh. He graduated from Plymouth High School with the class of 1958.

He enlisted into the U.S. Navy after high school and proudly served until his Honorable Discharge in 1965.

John worked as an x-ray technician for Brokaw Hospital for 26 years before retiring in 1992 and moving back to Plymouth. He then worked part-time as a janitor at the old truck stop and for Wal-Mart. He would officially retire in 2010.

In his down time, John enjoyed photography, biking and traveling.

John was preceded in death by his parents.

No services will be held. Burial will be in the New Oak Hill Cemetery, Plymouth.