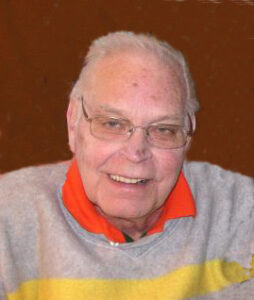 John J. “Jack” Druzik, 71, a Plymouth resident for the last 24 years, coming from the Chicago area, passed away at 8:00 a.m. on Friday, January 17, 2014 in Saint Joseph Regional Medical Center, Plymouth. He had been in failing health for the past several years.
He was born the son of Frank H. and Virginia A. (Ryczek) Druzik in Chicago on October 23, 1942.
He graduated from High School in Chicago and attended Northern Illinois University in Dekalb, studying business and accounting.
On October 10, 1964 Jack and Mardell E. Girmscheid were married in Chicago. Mardell passed away on May 4, 2001.
Jack was an Engineer with the Chicago Fire Department for 30 years, retiring in 1995.
A member of St. Michael Catholic Church, Jack was also a longtime member of the Knights of Columbus Council 1975 in Plymouth and a 4th Degree Knight. He also held membership in the Plymouth Eagle’s and Moose Lodges, the Plymouth American Legion Post #27 and Veterans of Foreign Wars, Marshall County Post 1162.
Jack enjoyed his daily exercise at LifePlex, coffee with his friends and watching professional sports, especially the Chicago White Sox and the Chicago Bears.
Survivors include three beloved daughters, seven grandchildren, two great-grandchildren and a sister. Daughters: Deborah A. Reidy of Bass Lake, IN and children Justin J. Hinds and Valerie Hinds, Renee and Jim Lemanski of Lisle, IL and children Nicholas, Jimmy and Marcus Lemanski, Deanna and Gene Hixson of Naperville, IL and children Jack Hixson and Joshua Hixson; two great-grandchildren, Jaelyn Alexus and Hayden Alexander and sister; Judi Druzik of Cresthill, Ill.
He was preceded in death by his parents and Mardell, his wife of 37 years.
Friends are invited to visit with family on Friday, January 24, 2014 from 4 – 8 p.m. in the Johnson – Danielson Funeral Home, 1100 N. Michigan St. Plymouth, where a Knights of Columbus Rosary will be held at 7:30 p.m. A Mass of Christian Burial will be celebrated by Fr. John Korcsmar, C.S.C. at 11 a.m. Saturday, January 25, 2014 in the St. Michael Catholic Church, 625 N. Center St. Plymouth.
Preferred memorial gifts in Jack’s memory may be made to St. Michael Church and School, 612 N. Walnut St., Plymouth, IN 46563 or the Center for Hospice Care, 112 S. Center St., Plymouth, IN 46563