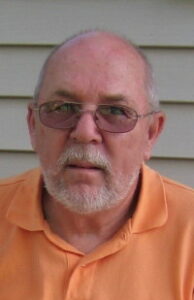 On Monday April 27, 2020, John “Jack” Halon of Plymouth, passed away in his home at the age of 82. Jack was born on October 10, 1937 to Walter and Myrtle Halon in Hammond, IN. It was there he met his wife Patricia to whom he was married to for 62 years. Jack was a Sunday school teacher at First Church of the Nazarene in Hammond before later moving to Plymouth. Jack worked for NIPSCO and retired after 40 years of service. After retirement, Jack enjoyed many hobbies including collecting trains and spending time tinkering around in his workshop. He was an avid wood worker and could often be found building bird houses out of old barn wood.
Jack was preceded in death by his father Walter, his mother Myrtle and his daughter Lisa Halon. He is survived by his wife Patricia Halon; son Michael (Beth) Halon; daughter Chris (Doug) Bare; grandchildren: Steven (Katie) Bare, Josh (Becky) Halon, Brian (Krissie) Bare and Jessica Bare; and eight great grandchildren.
Due to the restrictions on social gatherings, the family will have a private service in the New Oak Hill Cemetery, Plymouth.