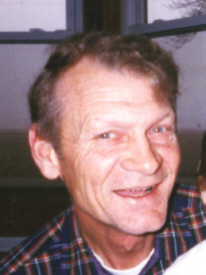 With enduring strength John L. Burgess, 64 fought a three year battle with cancer. In the early morning hours of Tuesday, August 18th he found peace with his family by his side. His passing came at his home for the past 37 years – the Hatfield family homestead located at 8398 9B Road Plymouth.
John was born in Lake Village, Arkansas on November 20, 1944, the son of Louis H. and Martha S. (Abernathy) Burgess. Louis passed away prior to his birth and from an early age was raised by his mother and step-father Timothy J. Burgess. Martha resides today in Plymouth.
He was a graduate of Bremen High School with the class of 1962. That following January he enlisted in the U.S. Marine Corps and served his country in the Vietnam War as the rank of Sergeant E-5 until January of 1967.
In Plymouth on December 7th, 1968 he took as his bride the former Eileen M. Hatfield who survives with their two daughters and families. They are: Lynne M. (Eric) Kallstrand of Naperville, Ill and children Nathan, Jack and Gretchen and Susan R. Smith of Plymouth and children; Sophia, Kathryn and Olivia.
Also surviving are two brothers and two sisters; Bill J. (Paula) Burgess, Robert B. (Brenda) Burgess, Linda G. (Gene) Piper all of Plymouth and Beverly (Ed) Kakowski of Palm Coast, Florida along with many special nieces and nephews.
He was preceded in death by his father and step-father.
Providing for and enjoying family was foremost in John’s life. He dearly loved his six grandchildren and they him. He used his skills as an expert bricklayer for the past 40 years in the restoration of the family home, where he also spent time tinkering with his machinery. While in the building trades he was a member of the Indiana/Kentucky Bricklayers Union No.4. John took pride in working on several projects on the campus of Notre Dame and locally the Marshall Co. annex building.
He enjoyed deer hunting and watching football.
His family will receive friends on Thursday, August 20, 2009 from 3 – 7 p.m. in the Johnson-Danielson Funeral Home, 1100 N. Michigan St. Plymouth. Services will be held in the funeral home on Friday, August 21st at 11 a.m.
Burial will follow in the New Oakhill Cemetery, Plymouth where military honors will be accorded by members of the Plymouth American Legion Post 27, D.A.V. and Veterans of Foreign Wars – Marshall Co. Post 1162.
Memorial gifts may be given in John’s memory to the Center For Hospice and Palliative Care, 112 S. Center Street, Plymouth, Indiana 46563