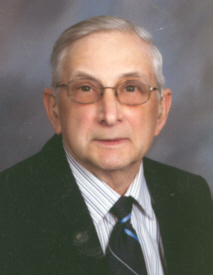 John M. Orr, age 84, passed away at 1:10 a.m. on Friday, March 15, 2013 at Pilgrim Manor, Plymouth.
John was born in Plymouth on May 4, 1928 to Vernon Orr and Margaret Gantz Yazel. He graduated from Argos High School in 1947. John was enlisted in the US Army from 1950-1952 and served during the Korean War. After returning to the states, he worked for AM General until retiring in 1990. During his 25 years of work, he worked on the assembly line, as a forklift operator, as maintenance in the saw room and in the warehouse.
He was a member of the Plymouth Church of the Brethren. He enjoyed working on Habitat for Humanity, CROP walks and donating to various charities. John loved woodworking, flowers and cactuses. He also enjoyed walking and hiking, usually up to four miles a day.
John is survived by his loving sisters: Janice L. (Robert) Smith of South Bend, Elwyn M. (Paul) Schloneger of Archbold, OH, and Marcia J. (Larry) Christman of Plymouth. Also surviving are numerous nephews and nieces.
He was preceded in death by his parents.
Visitation will be from 4 – 8 p.m. on Monday, March 18, 2013 at Johnson-Danielson Funeral Home, 1100 N. Michigan St., Plymouth.
Funeral services will be at 11:00 a.m. on Tuesday, March 19, 2013 at Johnson-Danielson Funeral Home, with Rev. Ruth Yoder officiating. Visitation will resume one hour prior to the service in the funeral home.
Burial will be in the New Oakhill Cemetery with Military Honors provided by members of the American Legion Post 27, Veterans of Foreign War- Marshall County Post 1162 and D.A.V
Memorial donations can be made to the Care & Share Program through the Plymouth Church of the Brethren, 1130 N. Michigan St., Plymouth, IN 46563.