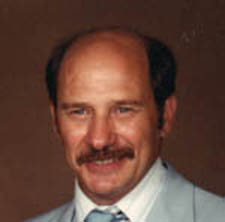 John R. Smith, 81, formerly of LaPaz, passed away Monday, February 5, 2018 at the Mary B Home in Lakeville.
John was born May 31, 1936 in Danbury, Connecticut, to the late Fred and Eva (Bowers) Smith.
He graduated from Tyner High School in 1954. John went on to serve our country in the United States Army; he was honorably discharged in 1960.
John married Winifred Gardner on December 10, 1955 in the Pine Creek Church of the Brethren, North Liberty; and she survives.
John retired in 1997 after thirty-two years of service from Redi-Froze in South Bend, where he was a truck driver.
He was a member of the Teamsters Local #364 in South Bend and attended Pine Creek Church of the Brethren. He enjoyed golfing, fishing, camping, helping with the fish-fryâ€™s at Pine Creek Church of the Brethren and driving the church bus at Community Gospel Church. He also enjoyed going to all the different sporting events that his grandchildren were involved in.
Surviving is his wife of sixty-two years; Winifred Smith of Lakeville, daughter; Beth Ann Griffey of LaPaz, three sons; Timothy Smith of Trenton, Missouri, Tracy Smith of Plymouth, Terry Smith of Phoenix, Arizona. Also surviving are his six grandchildren; Jessica George, Josh George, Lydia Smith, Jeremiah Smith, Stefania Smith, Jillian Smith, and one brother; Richard (Joanne) Smith of Plymouth.
He was preceded in death by his parents, three sisters; Beatrice Olmsted, Virginia Chandler, and Violet Winters, and one brother; Earl Smith.
Visitation will be held from 4-7 p.m., Wednesday, February 7, 2018 at the Johnson-Danielson Funeral Home, 1100 North Michigan Street, Plymouth. Services will be at 11:00 a.m. Thursday, February 8, 2018 at the funeral home, with Johnâ€™s son; Pastor Timothy Smith officiating.
Burial will follow at the Morris Cemetery in Walkerton, with Military Honors provided by members of the American Legion Post 27, Veterans of Foreign War- Marshall County Post 1162 and Disabled American Veteran Chapter 42.
In lieu of flowers the family has requested any memorial contributions to be directed to the Mary B Home, 119 Lakeview Trail, Lakeville, Indiana 46536.