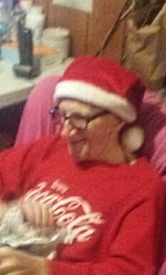 John Tinman, age 90, passed away on May 19, 2019.
John was born in Chicago, IL on September 27, 1928 to Hugh Tinman and Mildred Tinman. John married Mary Evelyn Rock commonly known as “Babe” of Chicago in 1948. John worked as a Mechanic for Union Local 701 the Chicago Mechanics Union to support his eight children. John was a proud family guy who taught his children that family is everything. He would go out of his way to help any and every one. John had a love for cars and had a great sense of humor. Left to cherish his memories are his children Mary Jane Tinman of Plymouth; Edward James (Cindy) Tinman of Caruthersville, MO; Thomas Joseph Tinman of Chicago, Il; William Francis (Patty) Tinman of Elkhart, IN; and Matthew Mark (Linda) Tinman of White Pigeon, MI; several other family members and friends also survive.
He was preceded in death by his parents; his wife of more than 50 years Babe Tinman; three of his sons, John, James, and Kevin; three grandchildren Charlie Taylor, James Tinman and Zachary Leo Tinman. At John’s request services will be private.