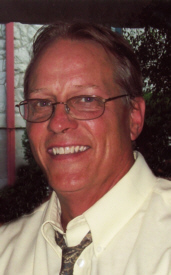 John W. Dunning, 60, passed away with his devoted wife at his side at 10:30 p.m. on Thursday, October 22, 2015 in his home after a seven month battle of colon cancer. His family had been steadfast in his care along with the Center for Hospice Care.
John was born in Waco, Texas on October 17, 1955 to Johnnie W. and Naomi D. (Mattox) Dunning, and shortly after, his family would settle to Peru, Indiana. He graduated with the class of 1974 from Peru High School. Infatuated with automobiles and muscle cars of the 70’s, John would attend Lincoln Technology School for automotive and diesel mechanic training.
On June 4, 1977 in Peru, Indiana, John would take as his wife, Debra A. Overmyer his high school sweetheart. To this marriage, the couple would welcome their son and daughter, Nathan and Erin.
John worked for the International Harvester truck line, traveling to various stores throughout northern Indiana. In 1986, the family moved to Plymouth for a store manager position John was offered, at P.B.S. (Power Break and Spring) in Rochester, which he has held for over 15 years.
Any chance John had to go golfing, he took it. He participated in many golf leagues at Swan Lake Golf Club in Plymouth and with friends, playing on the Robert Trent Jones Golf Trail, several golf courses span all throughout Alabama.
John and his family are members of the First United Methodist Church in Plymouth, where he had served on several boards. He enjoyed doing yard work around his home. But what lit up his world, was spending time with his two granddaughters, Kinley Erin age two and Katherine Ann age one. He cherished memories made with them and with his family and friends.
He is survived by his loving wife, Debra, of 38 wonderful years, and his children: son, Nathan W. (Rebekah) Dunning of Cincinnati, OH and their daughter, Katherine Ann, and daughter, Erin M. (Douglas) Stidham of Plymouth and their daughter, Kinley Erin. His mother, Naomi Dunning of Peru, his sister, Karen (Tony) Mendenhall of Peru, brother, Stacey Alan (Christine) Dunning of Hernando, MS, and mother-in-law, Doris D. Hannoy of Fishers, IN, survive as well.
John was preceded in death by his father.
Visitation will be from 4 – 8 p.m. on Tuesday, October 27, 2015 in the Johnson-Danielson Funeral Home, 1100 N. Michigan Street, Plymouth.
A Celebration of John’s life will be held at 12 Noon on Wednesday, October28, 2015 in the First United Methodist Church, 400 N. Michigan Street, Plymouth with Pastor Larry Marhanka officiating. Visitation will resume one hour prior to the service in the church at 11 a.m.
Memorial contributions can be made to Center for Hospice Care 112 S. Center St. Plymouth, IN 46563 or to the First United Methodist Church, 400 N. Michigan Street, Plymouth, IN 46563.