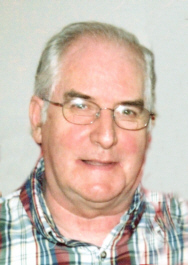 John William â€œBillâ€ Bayne,76, passed away with his family near on Thursday March 9, 2017 at Pilgrim Manor in Plymouth.
Bill was born in Antigonish, Nova Scotia, Canada on October 16, 1940 to William and Effie (Ballsille) Bayne, where he graduated from high school. He was in the Canadian Service for three years after graduation.
On July 7, 1973 in Teegarden, Indiana, Bill married the former Phyllis Sue Johnston at her family home. The couple made the area their home for the last 45 years, coming from Nova Scotia, Canada. The highlight of Billâ€™s life was becoming a U.S. Citizen on February 27, 1997.
Bill was a long-time member of The Church of Jesus Christ of Latter Day Saints, where he was also involved with Boy Scouts in the church. Bill worked at U.S. Granules as a supervisor for over 20 years. He loved long walks, taking in all God had to offer. He enjoyed fishing, hockey and playing guitar, but what enjoyed most were family dinners and his brideâ€™s good cooking.
Bill is survived by his wife of 43 years, Phyllis of Plymouth, and their children: Kimberley (Terry) Ridings of South Bend and Michael (Paulette) Bayne of Mishawaka; grandchildren: Jamey (Seth), Ryan, Daniel, Taylor (Christopher), Eric, Erin (Rob), and Kaitlyn (Matt): great-grandchildren: Savannah, Hayden, Jordy, Quinn, Reid and Riley; and brother, David Bayne of Sidney, Nova Scotia.
He was preceded in death by his parents and sister, Muriel Curtis.
Visitation will be held on Tuesday, March 14, 2017 from 5-8 p.m. in the Johnson-Danielson Funeral Home, 1100 N. Michigan Street, Plymouth.
Funeral services will be held on Wednesday, March 15, 2017 at 11 a.m. in the Church of Jesus Christ of Latter Day Saints, 9645 Deer Trail Plymouth, Indiana 46563. Visitation will resume one hour prior to the start of the service.
Burial will be in the Fair Cemetery in Lakeville.
Memorial contributions can be made to Church of Jesus Christ of Latter Day Saints- Missionary Fund, 9645 Deer Trail Plymouth, Indiana 46563.