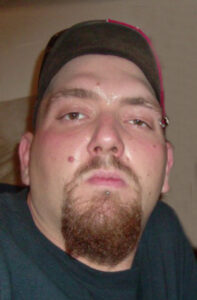 Jonathan D. Fulk, 33, unexpectedly passed away in his home on Saturday, August 9, 2014.
Born August 7, 1981 in Plymouth, Jonathan was the son of Stephen D. and Judy (Mullins) Fulk. He was a 2000 graduate of Plymouth High School, where during his years there he was very involved in the Boys & Girls Club softball. On June 27, 2003 in Plymouth, Jon took Julie M. Bocko to be his wife and together they had their daughter, Mya. He continued to volunteer for the Boys & Girls Club as a basketball coach for his daughter Mya’s team.
Jon worked for various factories and was most recently employed at True-Green in South Bend.
Jon loved camping, playing basketball and walks with his daughter, Mya, and their dog. He was a wonderful father and uncle, and cherished every moment with his family. Jon was a #88 NASCAR fan, a fanatic of Peyton Manning and enjoyed watching the Cubs.
He is survived by his wife, Julie of Bourbon and his daughters, Mya M. of Plymouth and Kaitlyn Butcher of South Bend; his mother, Judy Fulk of Plymouth; his sister Michelle L. (Kevin) Weldon of Plymouth and their daughters, Chloe N. and Lindsey L.; and his mother-in-law, Pam S. Julian of Bourbon.
He was preceded in death by his father, Stephen, on November 17, 2013.
Family will receive friends from 2 – 3 p.m. on Tuesday, August 12, 2014 in the New Oakhill Cemetery Chapel, S. Michigan Street, Plymouth.
In lieu of flowers, memorial contributions can be made to the family.