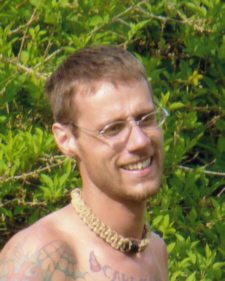 Joseph “Lee” Bailey, 27, a lifetime area resident, died at his residence on Saturday, May 31, 2008.
Lee was born in Plymouth, IN on February 27, 1981. He had attended Oregon-Davis Schools, and received his diploma from the State of Maryland.
He had worked as a painter and auto mechanic. In his free time, he enjoyed working on his truck and fishing.
Lee is survived by his daughter, Sky Bailey Robinson of Knox, IN; his mother and step-father, Nancy and Kurt McMillen of Plymouth, IN; a brother, Jesse R. Bailey of Plymouth, IN; four sisters: Janelle M. Pardee and Heather S. McMillen of Plymouth, IN; Jennifer B. McMillen of South Bend, IN; and Holly A. Starkey of Logansport, Indiana. His maternal grandmother, JoAnn Abair of Plymouth, IN, and two aunts: Sabra and Ed Schneider and their daughter Haley and Cindy and Mike krakowski also survive.
Lee was preceded in death by his father, Joseph H. Bailey and his maternal grandfather, James A. Abair.
Friends are invited to celebrate Lee’s life with his family on Wednesday, June 4, 2008 from Noon to 2 p.m. at the Johnson-Danielson Funeral Home, 1100 N. Michigan St., Plymouth, IN.
Funeral services for Lee, officiated by the Rev. Art Adams, will be held at 2:00 p.m. on Wednesday, June 4, 2008 in the funeral home.
Burial will be in New Oakhill Cemetery, Plymouth, IN.
Memorials in Lee’s name may be given to his family.