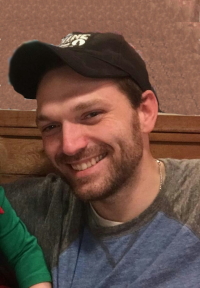 Joshua David Stone, 29, passed away at his Plymouth home on Wednesday February 12, 2020.
A lifelong Marshall County resident, Josh attended LaVille schools, graduating in 2008. Josh was a father, son, and most of all a friend. He spent his working career doing construction and mechanical work. He was a good ole country boy.
Josh was a self-taught musician, playing guitar and more recently mandolin. He had a knack for creating and building guitars. He was a MacGyver at tinkering, always working on something. He enjoyed boxing and camping, and motorcycle rides. His favorite times were spent dancing with his daughters in the kitchen. Those left to mourn his memory are his parents Libbi and Darrel Hartman of Plymouth; his daughters Mya, Lillian, Adeline, Emma with their loving mother Stacey Dickson; his brother Danny Stone of Medford, OR; niece Annamarie Veger; Grandmother Judy Veger of Plymouth, IN; and many other family members and friends. Josh was preceded in death by his brother Brian Adam Veger in 2003; his grandparents Joe Vegar, Dick Stone, and JoAnn Fuchs; and his father Daniel Stone. Visitation for Josh will be held on Tuesday, February 18, 2020 from 11:30 a.m. until the service at 2:00 p.m. at Johnson- Danielson Funeral Home 1100 N. Michigan St. Plymouth, IN 46563 with Rev. Charles Krieg. Burial will follow in Fair Cemetery in North Liberty, IN. where he will be laid to rest next to his older brother Brian. In lieu of flowers the family requests donations for the benefit of Josh’s daughters, an account is being set up at First Source Bank.