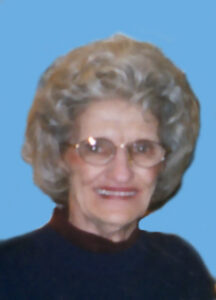 Former Argos resident Juanita A. Barger, 78, died Tuesday February 26, 2008, in Miller’s Merry Manor, Plymouth, following an extended illness.
Juanita was born the daughter of David and Mildred Wells Eaglen in West Virginia on September 5, 1929.
She took Samuel R. Barger to be her husband in 1952. Together they owned and operated the S&J Restaurant in Plymouth.
In 1976 they moved to South Bend where she opened a Licensed Home Daycare Center.
Juanita had a wonderful sense of humor and enjoyed shopping, her biggest pleasure, however was her family, especially her grandchildren.
She is survived by a daughter Pam (Kirk) Thompson, Plymouth, IN; a son Steve (Terri) Barger, Mishawaka, IN; eight grandchildren Shane (Dalana) Barger, Lakeville, IN; Samantha Thompson, Plymouth, IN; Ryan Tucker, Noblesville, IN; Cody Thompson, Muncie, IN; Matt Tucker, California; Chris Tucker, Bloomington, IN; Chad Barger and Stacy Barger both of Mishawaka; four great grandchildren Shawna Thompson – York, Alexis, Arieze, and Ayva Barger, three sisters Virginia, Shirley, and Marlene, a multitude of nieces and nephews survive as well.
Juanita was preceded in death by her husband, her parents, and a daughter Donna (Barger) Tucker.
A private family graveside service will be held at a later date in Chapel Hill Memorial Gardens.
In Lieu of flowers, cards may be sent in care of Pam Thompson 321 S. 6th Street, Plymouth, IN 46563, or memorial contributions may be given to the American Lung Association.