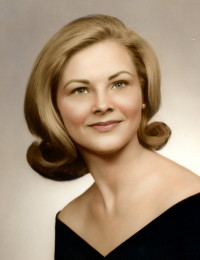 Judith L. Campbell, 77, passed away on Thursday afternoon, January 31, 2019 at the Hospice House of South Bend.
Born in Argos, Indiana on January 9, 1942, Judith was the daughter of Donald E. and Maud L. (Wright) Dickinson. She graduated from Argos High School with the class of 1960. She then continued onto Ball State to receive her Bachelorâ€™s and Masterâ€™s Degrees, and also attended Indiana University for her second Masterâ€™s Degree in Counseling.
She taught in the Argos Community School System for over 30 years, lastly working for The Bremen Nursing Home as a Social Service Director before her retirement.
Judith was a member of the Indiana School Counselor Association, the Indiana Counseling Association, and the American Counseling Association. She was a past member of the Delta Kappa Gamma Sorority and attended Walnut Church of the Brethren in Argos. She served as choir director of the Argos Methodist Church for many decades, and as the Director of the Marshall County Community Choir performing at the Blueberry Festival every year. She enjoyed sewing, playing the piano, singing, and writing.
Judith is survived by her children: Jeffrey D. (Amey) Herrin of McDonough, GA, Jennifer (Joel) Fox of Avon, IN, and David A. (Eva) Truman of Bourbon, IN, and; 3 grandchildren Ashley, Schylar, and Abigail; and sister, Sunnie K. Dickinson, Benicia, CA.
She was preceded in death by her parents, husband, Hugh W. Campbell, and nephew, Joel Harley.
Memorial contributions can be made to Hospice House, South Bend, IN.
A memorial service will be held at 2 p.m. on Monday, February 18, 2019 at Johnson-Danielson Funeral Home, 1100 N Michigan Street Plymouth with Rev. Robert Rice officiating. Visitation will be held from 12-2 p.m. at the funeral home prior to the service.