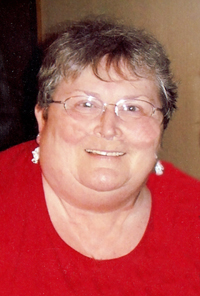 Judith Lynn Crouch 72, of Argos passed away on Thursday evening at the Peabody Retirement Community in North Manchester. She was born on September 15, 1946 in Argos to Charles â€œPatâ€ and Lila (Pomeroy) Parrish. She graduated from Argos High School with the class of 1964. S
he married Norman C. Crouch on July 30, 1988 and he preceded her in death on April 24, 2013.
She was employed in the Human Resources Department at Oxford Automotive in Argos for many years. Surviving is one daughter, Kellie (Terry) Nolin Shei of Argos, her mother, Lila Parrish of Argos, sister, Michelle (Bruce) Cook of Salem, Missouri, a brother, Michael (Lori) Parrish of Argos; granddaughter, Alicia (Adam) Nunemaker of Indianapolis, grandson, Patric Shei of Argos ; great grandsons, Hunter and Parker Nunemaker of Indianapolis.
She was preceded in death by her father, Charles â€œPatâ€ Parrish and a sister, Patty Pontious.
Visitation for Judith will be held on Tuesday October 2, 2018 from 4-to-7:00 P.M. at the Johnson-Danielson Funeral Home, 1100 North Michigan Street, Plymouth. Funeral Services will take place at the Cornerstone Church 11525 Rt. 10 West in Argos on Wednesday October 3, 2018 at 11:00 A.M. with Pastor Cory Fehr officiating and visitation at the church will be from 10:00 until the time of service at 11:00 A.M. Interment will take place immediately following at the Maple Grove Cemetery, Argos.
Memorials may be directed to â€œOperation Christmas Childâ€ % Samaritanâ€™s Purse P.O. Box 3000 Boone North Carolina, 28607.