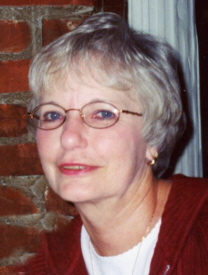 Judith L. “Judy” Wallace, 75, passed away peacefully at 2:30 p.m. in her home surrounded by her family after a courageous battle with cancer.
Judy was born April 29, 1940 in Ashland, Ohio to the late E. Philip and Ruth (Ashman) Lersch.
She graduated from Ashland College in 1961 with an associate’s degree. After graduating, she married John H. “Jack” Wallace III on November 25, 1961 in Ashland, Ohio. He preceded her in death on February 13, 2014. Judy worked in the secretarial field for many years until her retirement from First Source Bank in 2002. She often enjoyed outings with her Red Hat Society, doing puzzles, spending time with her family and good friends, but especially making other people happy as she was such a nurturing and selfless person.
Surviving are her two daughters, Diane L. (Marc) Newman, Detroit, Michigan, Jill A. (John) DeSalle, Plymouth; her granddaughters, Holly and Alyson DeSalle. Also surviving are three brothers, Rev. Philip (Jean) Lersch Jr., St. Petersburg, Florida, David L. (Dorothy) Lersch, Archbold, Ohio, James H. (Jane) Ledman, Columbus, Ohio; along with many nieces and nephews.
She was preceded in death by her parents, sister-in-law, and her loving husband of 52 years.
Funeral services will be held on Wednesday, December 30th at 12 Noon in Johnson-Danielson Funeral Home, 1100 N. Michigan Street, Plymouth. Friends may call from 10:30 a.m. Wednesday until time of service at the funeral home. Judy’s brother Rev. Philip Lersch Jr. will officiate her service.
A reception will immediately follow services in the funeral home. Burial will be at New Oakhill Cemetery in Plymouth.
Memorial contributions may be directed to the Center for Hospice Care, 112. S. Center Street, Plymouth, IN 46563.