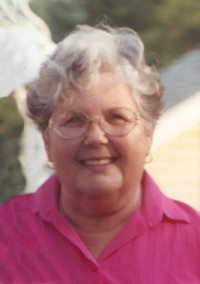 June A. Askins, 89, formerly of Woodbury Drive in Plymouth, passed away at 4:15 p.m. on Monday, November 4, 2019 with her family near at Mason Health Care Center in Warsaw.
Born on October 15, 1930 in Kansas City, Missouri, June was the adopted daughter of Fannie Davis Wiesjohn and Albert â€œBunkâ€ Wiesjohn. She graduated from Plymouth High School with the class of 1948. She also attended Presbyterian Hospital School of Nursing in Chicago.
In Atwood, Indiana on January 2, 1949, June would marry Raymond M. Askins Jr. To this union came four children: Robin, Cynthia, Kent and Dawn. Beginning in 1971, June and Ray would live on a farm in Bourbon that became their sanctuary of peace. She worked for L&R Products in Bourbon as secretary and vice president. In 1991, they would move to Plymouth. A strong woman who knew how to make her familyâ€™s dreams come true, June became heavily involved in her community. She volunteered at the Marshall County Historical Museum. She was a member of the Order of the Eastern Star and was a former member and officer of the Bourbon Progress Club. She served on the Bourbon Campfire Girls Board as a Group Leader and was a member of the Wythougan Valley Preservation Society. She served with the Marshall County Red Cross for 30 years with the Blood Program and served 3 years on the board of the Blueberry Festival.
A good woman who knew God, June and Ray were members of the Plymouth First United Church of Christ. There she has been a choir director and a Sunday school teacher.
After Rayâ€™s passing on October 30, 2015, June would move to Warsaw to be closer to her son Rob, and make many new friends.
She is survived by her children: Robin L. (Diana) Askins of Warsaw, IN, Kent R. (Ginger) of Phoenix, AZ and Dawn E. (Don) Crowder of Warsaw, IN; son-in-law Steve Keller of Scottsdale, AZ; 12 grandchildren, 28 great-grandchildren, and 2 great-great-grandchildren. She is also survived by her half-brother, Roman Kuckie Jr. of Chicago.
June was preceded in death by her husband Ray, daughter Cynthia Keller, her mother Fannie Davis Wiesjohn, beloved father and step-mother, Albert and Elizabeth Wiesjohn, step-grandson, Brad, and step-sister Mary Hammer.
Visitation will be on Saturday, November 16, 2019 from 10 to 11 a.m. EDT in the Johnson-Danielson Funeral Home, 1100 N. Michigan Street, Plymouth. Funeral Services immediately follow in the funeral home at 11 a.m. with Rev. Charles Krieg officiating. She will be laid to rest next to Ray in the New Oakhill Cemetery, Plymouth.
Memorial contributions can be made to the Marshall County Historical Museum, 123 N. Michigan Street, Plymouth, IN 46563.