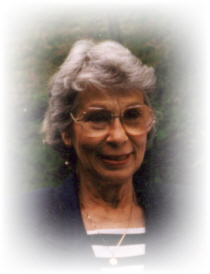 A graveside service will be held at 11 a.m. on Thursday, June 30th in the New Oakhill Cemetery on South Michigan Street, Plymouth. The Rev. Kerry O’Brien, pastor of the Trinity United Methodist Church will officiate. If inclement weather the service will be held in the New Oakhill Chapel.
June Tharp was born in 1930 to Marvin Tharp and Mary Spencer Tharp in Plymouth Indiana and passed away on Saturday evening, April 16, 2011 in Cannon Memorial Hospital, Linville, NC.
She graduated from Plymouth High School in 1948.
In 1950, she married Leonard G. Gilligan. They had one daughter in 1961, Anne L. Gilligan. The family moved to Ft. Myers Florida in 1970. June worked in the dental profession for over 20 years taking her retirement in 1992. She then moved to Boone, NC, in the heart of the Blue Ridge Mountains, to be with her daughter and eventual grand-children which she helped raise for the past 12 years. June T. Gilligan is survived by her daughter Anne G. McClain, two grandsons, Blake McClain and Quinn McClain. She also leaves behind a sister-in-law; Marian Tharp of Plymouth, two nephews, three nieces and a special thanks to two dear friends from high school whom stayed in touch with her till the end; Marylou G. Crum and Betty C. Vidas. Proceeding her in death were her parents, Marvin and Mary Tharp, a sister, Martha Tharp Johnson and two brothers; Robert Tharp and Max Tharp.
A memorial service may be planned at a future date. She will be laid to rest beside her parents at the New Oakhill Cemetery, Plymouth.
Memorial gifts may be given to the charity of the donor’s choice.