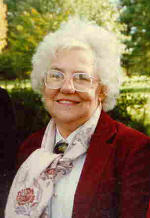 Longtime Plymouth educator and resident, Justine D. Ziegler, 4839 Michigan Rd., died in St. Joseph Regional Medical Center, Plymouth, of a cancer-related illness at 7:35 a.m. on Monday, September 10, 2001. She was 73 years old. Justine was born in Mishawaka on April 13, 1928, the daughter of Edward J. and Elizabeth D. Huemmer Harris. She graduated from LaPaz High School with the class of 1945 and from Indiana University, Bloomington, with a Bachelor of Science in 1949. She was an English major and earned her teacher’s certification. On August 25, 1951, at St. Michael’s Catholic Church in Plymouth, Justine and Charles A. Ziegler were married. Charles died on December 7, 1979. Justine first taught English for one year in Victor, Colorado and then returning to this area, she taught at the LaPaz Elementary school. For the next 20 years she fulfilled her career as she served on the faculty of Plymouth High School, from 1966 to 1988. After retirement she was a volunteer tutor, teaching English as a second language. She enjoyed reading and had a deep appreciation of classical music. A nature lover, she was a bird watcher. She liked to shop and eat out at interesting places. An active person, she was involved with the lives of her children and grandchildren. Justine is survived by four sons and a daughter. They are: Dr. Charles E. and Ziegler, and his wife Janna, Louisville, Ky., Michael G. and Sandra Ziegler, Knox, Ind., Stephen P. Ziegler, Deptford, N.J., and James P. Ziegler, and his wife Katie, Waukesha, Wis. Her daughter is Christine G. Ziegler of Bedford, Ind. Four grandchildren also survive. They are: Alan, Angela, Aaron and Jennifer Ziegler. Three sisters survive as well. They are Jeanette and Jack Knight, Houston, Texas, Sherri Garcia, Germany, Karlin and Harry Fleming, Stafford, Virginia. Several nieces and nephews also survive. Justine was preceded in death by her parents, her spouse and a sister, Rita Ziegler. Visitation will be from 4 to 8 p.m. on Wednesday, September 12, 2001, in the Johnson-Danielson Funeral Home, 1100 N. Michigan St., Plymouth. The Mass of Christian Burial will take place in St. Michael’s Roman Catholic Church, 625 N. Michigan St., Plymouth, on Thursday, September 13, 2001, at 11 a.m. Father Anthony Gillespie, pastor of St. Michael’s, will officiate. Burial will be in New Oakhill Cemetery. Memorial gifts in Justine’s memory may be made to the American Cancer Society.