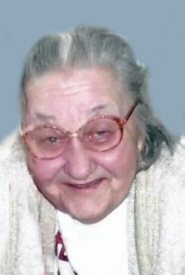 Karen K. (Kring) Anderson, 71, formerly of Culver, passed away due to complications from a recent major stroke at 5:30 p.m. on Sunday, July 20, 2014 at the Golden Living Center, Knox.
Born in Plymouth, Indiana on January 8, 1943, Karen was the daughter of Arthur and Marciel P. (Trump) Miller.
Karen worked as a nurse’s aide until the late 1980’s. During this time she also worked in the woodworking shop at the Marshall County Development Center. After her nursing career, she enjoying staying at home and watching her children grow.
On January 8, 1987, Karen married Richard C. Anderson in South Bend.
She is survived by her husband and her four sons: George “Brett” (Morrae) Kring of Culver, Kurt D. Kring of Texas, Shawn L. Julian of Tennessee and Todd M. (Benita) Kring of Plymouth. Also surviving are 17 grandchildren and 6 great-grandchildren.
Karen was preceded in death by her parents and infant brother.
A Memorial Service will be held at 11:00 a.m. EDT on Wednesday, July 23, 2014 in the Faith Baptist Church, 12987 Peach Road, Plymouth, officiated by Pastor Paul Whitworth.
Memorial contributions can be made to Humane Society of Marshall Co, P.O. Box 22, Plymouth, IN 46563.