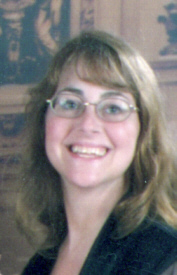 Katherine A. “Kathy” Brosmer Coyer, 46, residing at 10533 Olive Trail, Plymouth, fought a 15 year cancer related illness that resulted from ulcerated colitis and passed away at 8:30 p.m. Friday, December 21, 2012 in the attentive and loving care of the Elkhart Hospice House. Kathy faced life’s adversities with an energetic spirit.
She was born the daughter of JoAnn (Bailey) and Robert D. Brosmer in South Bend, Indiana on May 15, 1966. There she attended John Adams High School and then moving to Plymouth in 1981, she graduated from PHS with the Class of 1984. Kathy was always active; in school she was involved in Choir, the Crimson Connection, Drama performances, cross country and track and field events. She went on to earn an Associate’s Degree in Business from Ivy Tech in 1986. Kathy then took a position with Sprint Telecommunications and served as a crew supervisor before ending her 20 years of service.
Kathy was a longtime active member of the Plymouth Wesleyan Church. As a teen, she showcased her vocal talents in the Marshall County Junior Miss Pageant. Kathy was accomplished in making jewelry, enjoyed travel, especially cruises often in the Caribbean and time spent with family and friends at her lake property in Port Clinton, Ohio. Above all she loved being a mother to Sarah Eileen Coyer at home and Amanda J. (Josh) Wilson of Nappanee. She will be deeply missed by her parents; JoAnn and Richard L. Smith of Plymouth and Robert D. and Beverly Brosmer of Granger, Indiana. She also leaves cherished memories with five sisters and their families; Tracey L. (Terry) Clark of Fishers, IN, Susan D. Barrier of Mishawaka, Janet K. Guzzo of Mishawaka, Deborah A. Roark of Bremen, and Lynette S. Smith of Indianapolis. A step brother; Mike and Emily VanDeVoorde, an aunt; Sandra Gushwa of Mishawaka and cousins Thomas Gushwa, Steve (Beth) Gushwa and Jennifer Gushwa also survive.
Her former spouse; Daniel R. Coyer survives along with in-laws; John and Patti Coyer and sister-in-law; Jennifer (Paul) Connolly all of Plymouth.
Four nephews and eight nieces include: Christopher Schoen and Matthew Schoen of South Bend, George Clark of Fishers, Cameron Connolly of Plymouth, Natalie Clark and Alaina Clark of Fishers, Taylor Guzzo of Mishawaka, Savanna Barrier and Abigail Barrier of Mishawaka, Elizabeth Roark and Samantha Roark of Bremen, and Christyn Connolly of Plymouth.
Those going before her are grandparents Evelyn and Carl Buchmann and Robert and Sophia Brosmer as well as her niece; Paula Faith Guzzo.
Visitation will be held from 1 – 3 p.m. on Wednesday, December 26th in the Johnson-Danielson Funeral Home, 1100 N. Michigan St. Plymouth. Services will immediately follow at 3 p.m. in the funeral home with the Rev. John Branch.
Internment at a future date will be in the New Oakhill Columbarium in Plymouth.
Preferred are memorial gifts to the Center for Hospice Care, 112 S. Center St., Plymouth, IN 46563