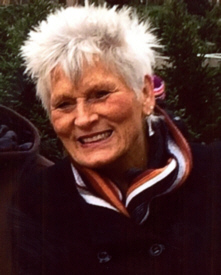 Kathleen H. Garza, 66, passed away at 11:320 p.m. on Saturday, March 25, 2017 at St. Vincent Hospice in Indianapolis.
Kathleen was born in Tyner, Indiana on March 10, 1051 to the late Arthur and Helen (Hazen) Hundt. She graduated from Bremen High School with the class of 1969.
She worked for Procter & Gamble as a marketing supervisor and for Coca-Cola in Pawpaw, Michigan. Kathleen purchased the Harrington Noodle in Bremen from her sister Barbara and became owner and operator for 13 years. Her son, Pancho, since has purchased the business, but Kathleen remained working to help her son out.
Kathleen attended the Shiloh Wesleyan Church. A people person, she loved watching football with family and friends, playing bingo, shopping and going to the casino. She always put others before herself, and loved her grandchildren and spending time with them and going to all their sport games. She is survived by her five children; Daniel Bope of Plymouth, Debra (Michael) Watts of South Bend, Vito (fiancÃ© Shaylyn) Garza of Plymouth, Pancho (Crystal) Garza of Plymouth and Elena Garza of Plymouth and her special grandchildren; Dezaray Watts, Jazmine Watts, Trenton Garza, Gabriele Garza, Victoria Garza, Pancho Garza, Cassandra Garza, Parker Garza and Kekiana Haines.
Her eleven siblings include; Tenna (Mike) Walenga of Bremen, Patty (Ray) Igelski of Wabash, Paul (Christine) Hundt of Plymouth, Barbara (Steve) Harrington of Bremen, Carolyn (David) Colburn of Ohio, Judy Lohagan of Largo, Florida, George (Susan) Hundt of North Carolina, Lila (Bill) Harmon of Tippecanoe, Kathleenâ€™s right arm, whom she was the closest too; Frank (Robin) Hundt of Vero Beach, Florida, Louella Powell of Walkerton and Richard (Loretta) Hundt of Plymouth.
She was preceded in death by her parents, one grandson; Charlie Garza, and five siblings; Junior Hundt, Bill Hundt, Beverly Ogle, Bob Hundt and Deloris Ogle. Friends may visit from 4-7 p.m. on Wednesday, March 29, 2017 in the Johnson-Danielson Funeral Home, 1100 North Michigan Street, Plymouth.
Funeral services will be held at 11 a.m. on Thursday, March 30, 2017 in the funeral home, with Pastor Nathan Hundt officiating. Burial will follow in the New Oak Hill Cemetery.
Memorial contributions may be directed to Rocky Youth Football League, P.O. Box 822, Plymouth, Indiana 46563.