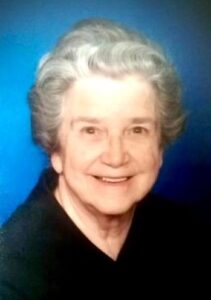 Kathryn was born to Berchett and Lillian Viola (Sawkill) Howard on June 8, 1933 in New Castle. In 1948, Kathryn and George W. Maynard were united in marriage in Richmond. George preceded her in death in November of 1994.

She is preceded in death by her parents; husband, George; and brothers, Shelby, George, and James Howard; and grandson, Robert Shane Ford.

Visitation will be from 4-6pm on Monday, July 18, 2022 at the United Pentecostal Church of Bourbon, 201 N. Bourbon Street, Bourbon, IN 46504. Funeral services, officiated by Reverend Matt Cottrill, will be held in the church immediately following at 6pm.

Burial will be on Tuesday, July 19, 2022 at 10am in New Castle, IN at South Mound Cemetery. Friends and Family are welcome to attend the graveside services.

Memorial contributions can be made to the United Pentecostal Church of Bourbon, 201 N. Bourbon Street, Bourbon, IN 46504.