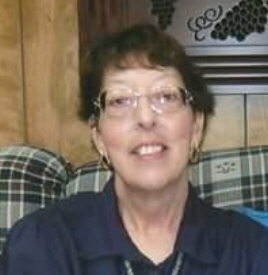 Kathy Dawn Schaeffner, 60, resident of Macy for the last twenty years, passed away early Tuesday morning in her residence.
Kathy was born September 8, 1955 in Plymouth, to John and Marjorie (Redman) Martin. She graduated from Plymouth High School in 1974 and then graduated from Ivy Tech with an Associateâ€™s Degree in Art.
Kathy married Allan P. Schaeffner on July 30, 1983 in the Blissville Church of the Brethren; and he survives.
She had been a waitress, but most recently she had worked at Wal-Mart and Save-A-Lot, both in Rochester. She was a loving wife, mother and grandmother. She was an accomplished artist in oil paintings and in water colors. She also was a licensed pilot. She was a past member of the Plymouth Flying Club, and then later transferred to the Mentone Flying Club. Kathy was in the process of becoming a member of the Trinity United Methodist Church in Rochester. She enjoyed horses and horseback riding. Surviving is her husband; Allan P. Schaeffner of Macy, mother; Marjorie Martin of Macy, son; Frederic J. (Allison) Schaeffner of Peru, daughter; Marjorie V. (Matthew) Saylors of Las Cruces, New Mexico, step-son; Paul Allan (Tracey) Schaeffner of Rochester, step-daughter; Susanna Kay (Scott) Elchert of Rochester, step-son; Robert Lee Schaeffner and companion, Tammy May of Fulton County. Also surviving are ten grandchildren, three great grandchildren, and one brother; Bruce Martin and companion, Mary-Ellen of New York. She was preceded in death by her father, one brother; Greg Martin, granddaughter; Destiny Smith, and a grandson; Allen G. Schaeffner. Visitation will be held from 5-7 PM Friday, August 12, 2016 at the Johnson-Danielson Funeral Home, 1100 North Michigan Street, Plymouth.
Funeral services will be held at 10:00 AM Saturday, August 13, 2016 in the funeral home with Pastor Gail Law officiating. Burial will follow in the New Oak Hill Cemetery. Preferred memorial contributions can be made to the American Cancer Society, 130 Red Coach Drive, Mishawaka, Indiana 46545.