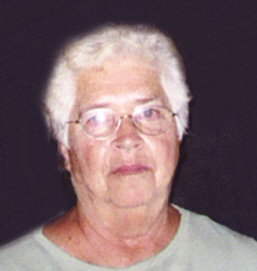 Kay F. (Morgan) Smith, 75, 12482 Olive Trail, a lifetime Plymouth resident, died in St. Joseph Hospital, Mishawaka, at 8:10 a.m. on Wednesday, September 28, 2011.
Kay was born in Plymouth on October 4, 1935, the daughter of Oscar E. and Hazel A. Unger Morgan. She graduated from LaPaz High School with the class of 1953.
On October 23, 1954, Kay and Billy J. Smith were married in her sister’s Warsaw home.
Kay was a caring and active person who loved her family spending time camping, fishing, hunting mushrooms, attending many sporting events and activities of the grandchildren. She was a member of a Home Economics Club and enjoyed tending a garden both flower and vegetable which led to a large amount of canning that she shared with others.
In earlier times Kay played volleyball, bowled and was a member of the Women’s Softball Team in Plymouth.
She enjoyed traveling in the West and spending time in Florida. She was a member of the Plymouth Women of the Moose and liked playing cards. She and her husband Bill appreciated antiques and collected glassware. She was a member of the Plymouth C.B. Radio Club and was often a Cub fan.
Kay is survived by Billy, her devoted husband of nearly 57 years and by their son and daughter-in-law, Robin D. and Diana Smith of Plymouth and their three children: Trenton, Preston and Trisha.
Their daughter and son-in-law, Carol A. and Mike Stockberger of Walkerton and their children: Derek, Stacy and Desrah.
Also surviving is Gayle (Mrs. Phillip) Smith, a daughter-in-law of Plymouth, with children, Elizabeth, Sean and Andrea.
Eight great-grandchildren survive as well.
Five sisters and two brothers also survive. They are Jane Wilson, Greenwood, Ind., Mary Ann Orr, Warsaw, Helen Robinson, Tippecanoe, Barbara (Jake) Elliott, Bourbon and Lois Evans, Plymouth.
Kay’s brothers are Daren (Dorothy) Morgan, Plymouth, and Stanley (Dorothy) Morgan, Rochester.
Kay was preceded in death by a son, Phillip J. Smith on April 26th 2009, a sister, Norma Fillinger, brothers, Lloyd Morgan and James Richard Morgan and infant brothers; Adrian and Wayne Morgan.
Visitation with Kay’s family will be held on Monday, October 3rd from 4 – 8 p.m. in the Johnson-Danielson Funeral Home, 1100 North Michigan St., Plymouth, Indiana.
Funeral services for Kay will be on Tuesday, October 4th at 10:30 a.m. in the funeral home with her nephew, Rev. Alan Robinson officiating.
Memorial contributions may be made in Kay’s memory to A.L.S. Foundation – Indiana Chapter, 6525 E. 82nd Street, Suite 115, Indianapolis, Indiana 46250.