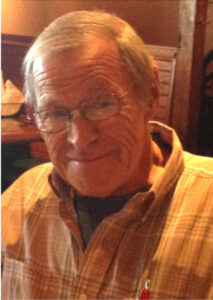 Keith A. Berger, 70, of 5126 Juniper Road, Bremen, passed away Sunday evening following an illness. For Keith a lifetime of farming the family homestead came to a rest at 8:46 p.m., at home in the company of his family. Born in Bremen, Indiana on January 30, 1944, Keith is the son of the late Fred M. and Treva L. (Barts) Berger.
Keith was a 1962 graduate of Bremen High School where he was involved in F.F.A., football, basketball, track and also found the time to play sax in the marching band.
He provided service to his country by serving in the National Guard for many years and remaining close to the land as he worked alongside his father. Keith was involved in the 4H Program in German Township and was widely known for his spring production of Maple syrup.
In addition to farming, Keith was a semi-truck driver and proud to have driven for Hoosier Tire as he had been active in the local stock car racing circuit since the mid 1960’s. He also was a substitute bus driver for the LaVille School Corporation. In his spare time, Keith enjoyed watching NASCAR as well as the Chicago Bears and Cubs.
On January 7, 1984 in the Shiloh Wesleyan Church, he took as his bride the former Elizabeth A. (Ernsberger) Hand and enjoyed the times spent as a blended family. He is survived by his wife Beth, and children; Angie (Shawn) Reed, Wade (Lisa) Berger all of Plymouth, Mindy Hand of Bremen, Tod (Anna) Hand of Copper Center, Alaska, Tim (Angie) Hand of Glennallen, Alaska and Bill (Brandi) Hand of Bremen. Fifteen grandchildren and two great-grandchildren also survive as well as one brother Brian Berger of Plymouth and his faithful K9 companion Candy.
The family will receive friends on Friday, November 7th from 4 – 8 p.m. in the Johnson-Danielson Funeral Home, 1100 N. Michigan St., Plymouth. Funeral services will be held at 10 a.m. Saturday, November 8th in the Plymouth Wesleyan Church, where calling will continue after 9 a.m. The church is located at 11203 S. Michigan Road. Pastor Oliver Dongell will officiate with burial following in the New Oakhill Cemetery, Plymouth.
Memorial gifts may be made to the Center for Hospice Care, 112 S. Center St., Plymouth, IN 46563.